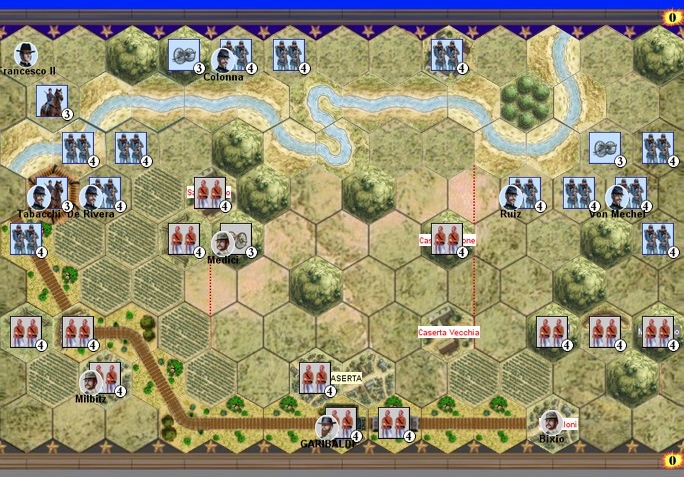 - Supply Train / Reinforcements Train - Locomotive and Wagon (same rules of Memoir'44 'Terrain Expansion'): a train may move forward or backward by 1, 2 or 3 hexes along the railroad tracks, but it may not move when the tracks are blocked. You order it like any other unit, by playing a Command Card. If the train is across two sections, it may be ordered in either section. An enemy unit may target a train. One hit is scored for each Sabers rolled on the train. Place a Battle token on the locomotive for each hit on the train. On the third hit, remove the wagon. On the fourth hit, the locomotive is removed. When both sections of the train are removed, place the locomotive on an empty Victory Medal space. A train may ignore the first flag rolled against it. When it retreats, it moves back (opposite way the locomotive is facing) one hex along the tracks for each Flag rolled against it. If it cannot retreat, place one Battle hit token  on the locomotive for each hex it cannot retreat.