This campaign features the Second Punic War between Rome and Carthage. It is intended for two players who take opposite sides, one playing Rome and the other Carthage, in all scenarios. The campaign is composed of 12 scenarios, divided in three parts: Militia Italica, covering the battles fought in the Italian peninsula, Militia Hispanica, covering the battles fought in Spain and, for the final phase of the war, Militia Africana, containing the two famous engagements in North Africa. All scenarios composing the campaign are form the Command & Colors: Ancients base game. Players can decide to play the entire campaign or just one of the three parts. In any case, the winner of the campaign is decided by the difference in the total number of banners scored by the two players in all played scenarios. Scenarios are played according to their original rules, with no modification. Thus, it is possible that in one specific scenario one side is favored.
Scenarios unbalance, however, is accounted for in the final result tables. After playing all relevant scenarios, compute the difference of the total number of banners won by the Roman player minus the total number of banners won by the Carthaginian player and look up the result in the final result table. Separate final result tables are provided for each single Militia and for the entire campaign. For ease of reference, scenarios are indicated with their name and a two digit number referring to their progressive position in the scenario book. Players might want to print this document and use the list of scenarios for scoring.

Play all 12 scenarios listed before, compute the banners difference and use the following final result table.

CREDITS
The final result tables are based on scenario statistics found in www.commandsandcolors.net, built from hundreds of reports by tenths of players. This campaign is dedicated to them. 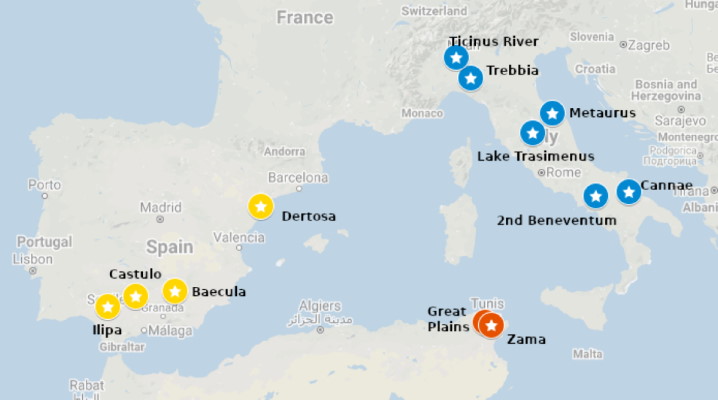 Hannibal at Cannae by H. Leutemann 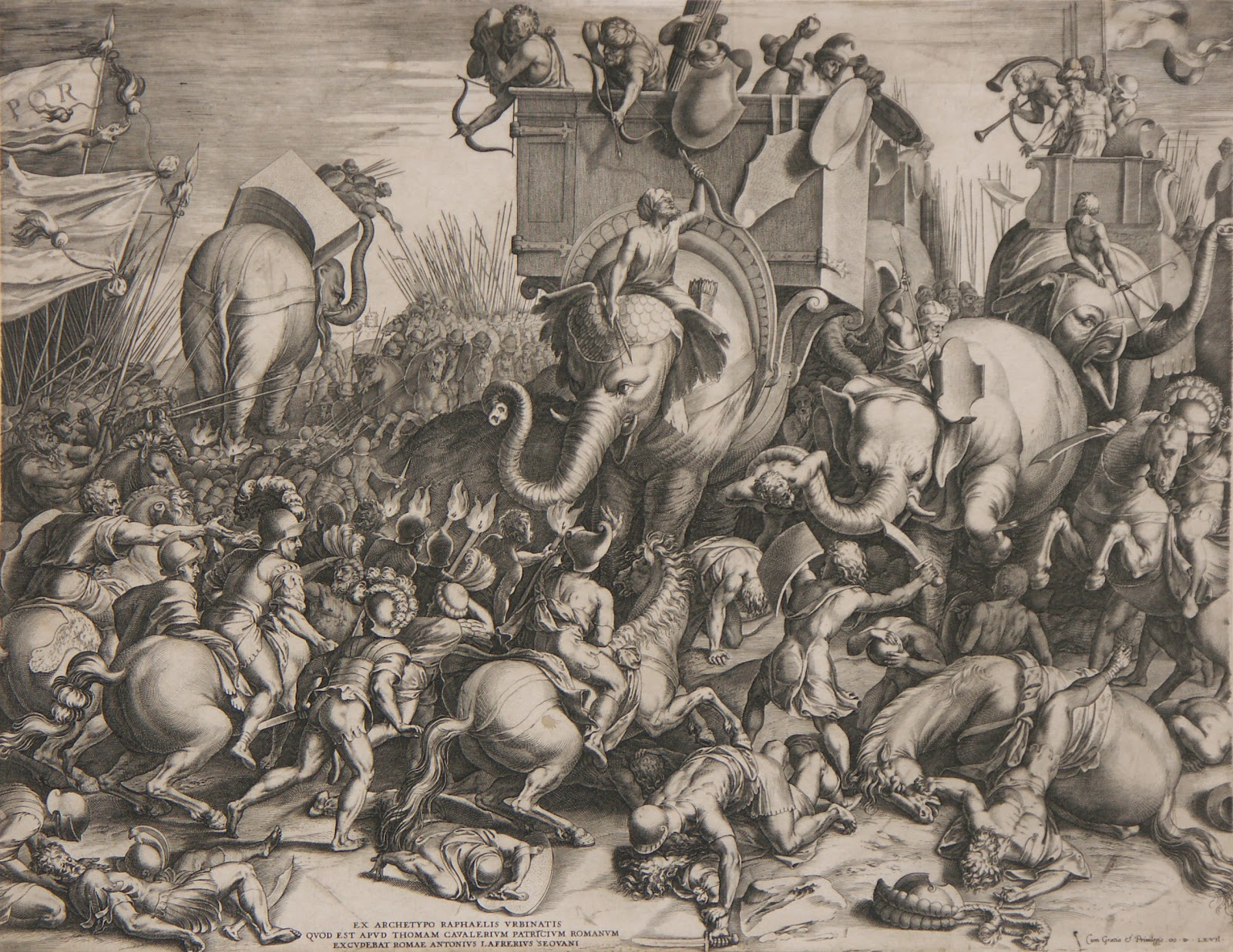 The Battle of Zama by C. Cort