Written by alecrespi. Posted in FAQs 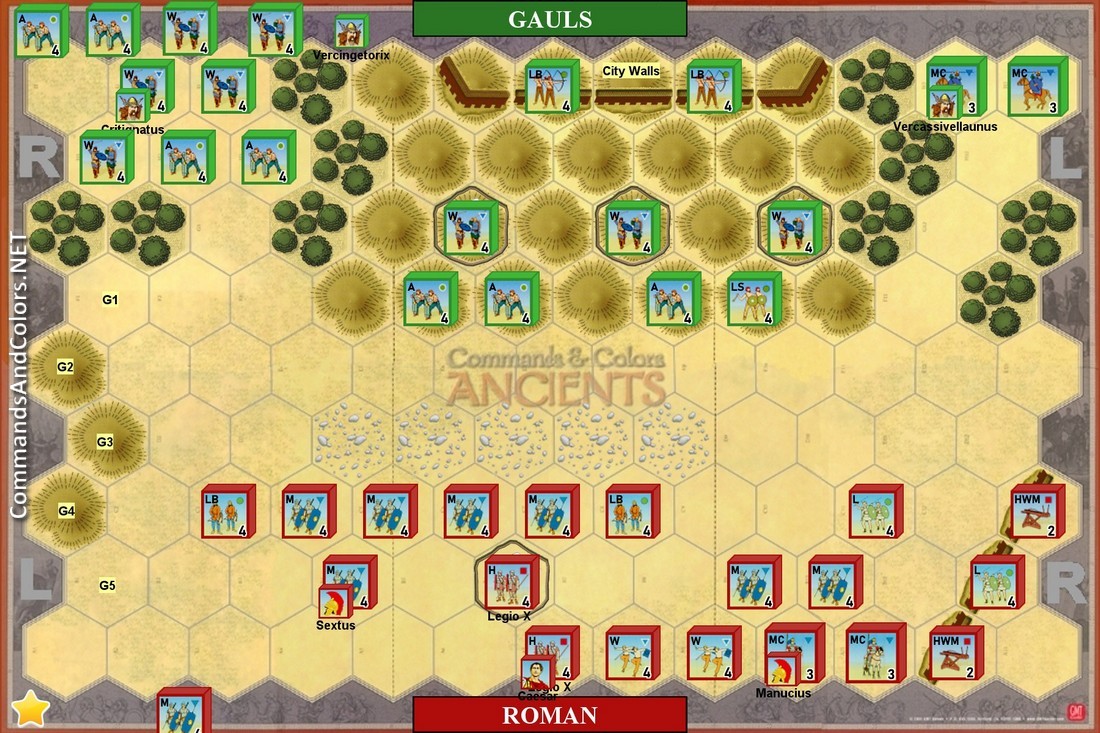 Much of the Center Section of the board is occupied by group of Hill hexes that form a plateau. On the plateau are three Gallic Camps and a series of Scalable Walls. The scenario special rules state that the Gallic Camp hexes and Scalable Walls are considered to be on a hill.

A Gallic Full Strength Warrior in one of the Gallic Camp hexes is Battling an adjacent Roman Heavy Infantry Unit on a Hill hex with Caesar attached in Close Combat.

How many dice would each unit roll in Close Combat against the other? Why?

Roman Heavy Infantry on a Hill hex with Caesar = 4 dice.

On a Hill hex, a foot unit may roll a maximum of three battle dice when battling from one Hill hex to another. The Julius Caesar rule allows the unit Caesar is attached to roll one additional die in Close Combat, including battling into or out of terrain hexes that reduce the number if dice used. So, three dice for the Roman HI plus one die for Caesar equals four dice.

The Gallic camp hexes and Gergovia city wall hexes (represented by rampart hexes) are considered to be on a hill.

Does that mean that they will block Line of Sight between units on the same hill mass? 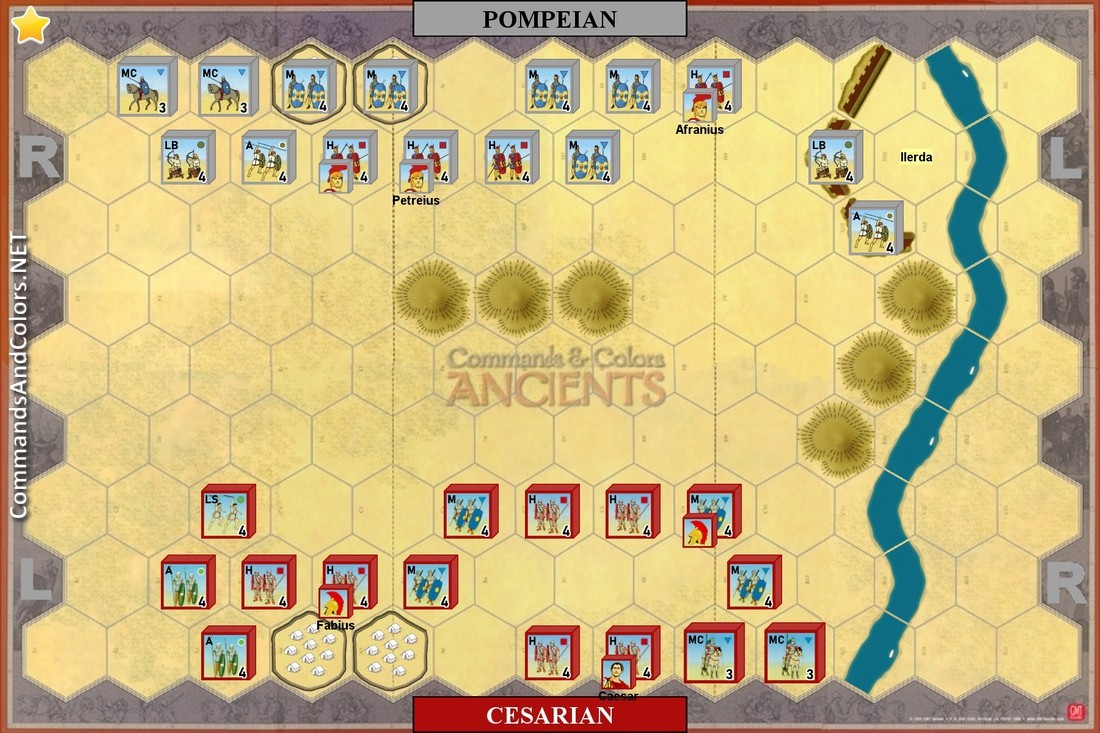 When more of Caesar units occupy the hillock, in the center section, than his opponent, collect one Victory Banner.

Is this banner permanently won, even if the situation changes further in the game? 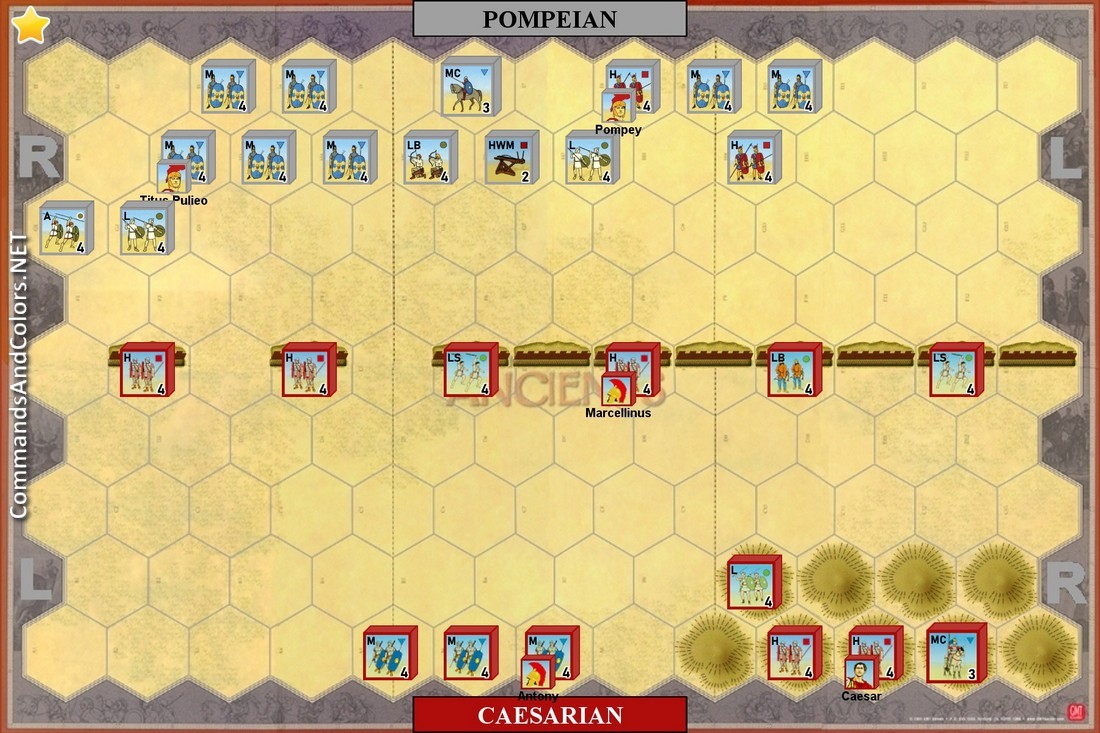 A Pompeian unit that exits off the Roman left section of the battlefield counts as one Victory Banner. The unit is removed from play, and may not re-enter.

The scenario opposes Caesarian and Pompeian forces which both are Roman. Should one understand "Caesarian" rather than "Roman" in the special rule?
Subsidiary question, exiting the section only is allowed through the "south" (= bottom) of the board, and not simply through the "west" (= left) side of the battlefield ?

Good catch... The text should read: "A Pompeian unit that exits off the Caesarian left section baseline hex counts as one Victory Banner". (Richard Borg)