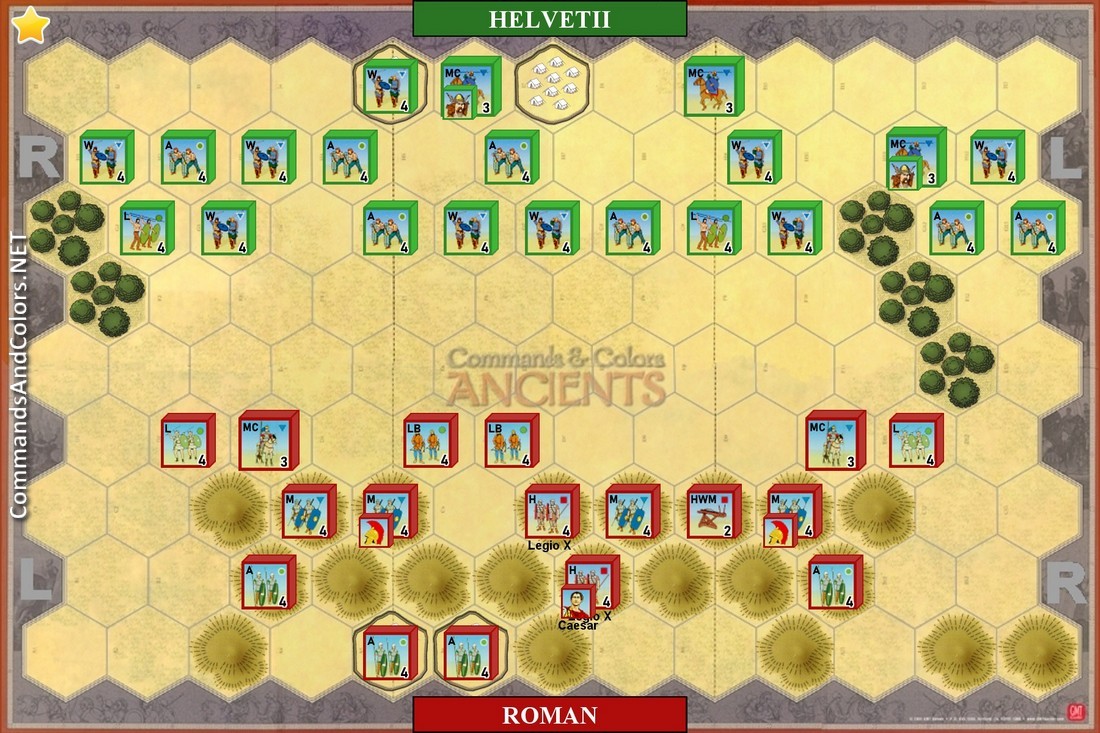 MasterChief replied the topic: #937 12 years 3 months ago
NRBH - but I think Expansion 4 helps clarify that by making all Medium and Heavy Infantry under Julian Rules able to move 2 hexes (and not battle) - which I think is all the 10th Legion lets you do.
Freeloading-Phill replied the topic: #933 12 years 3 months ago
Looking at this scenario I wonder if it's supposed to have the Tenth Legion rules in it's Special Rules section.
They are labelled on the map.