Written by Benedetto Giovanni Roselli. Posted in Gallic Wars (59-51 BC) 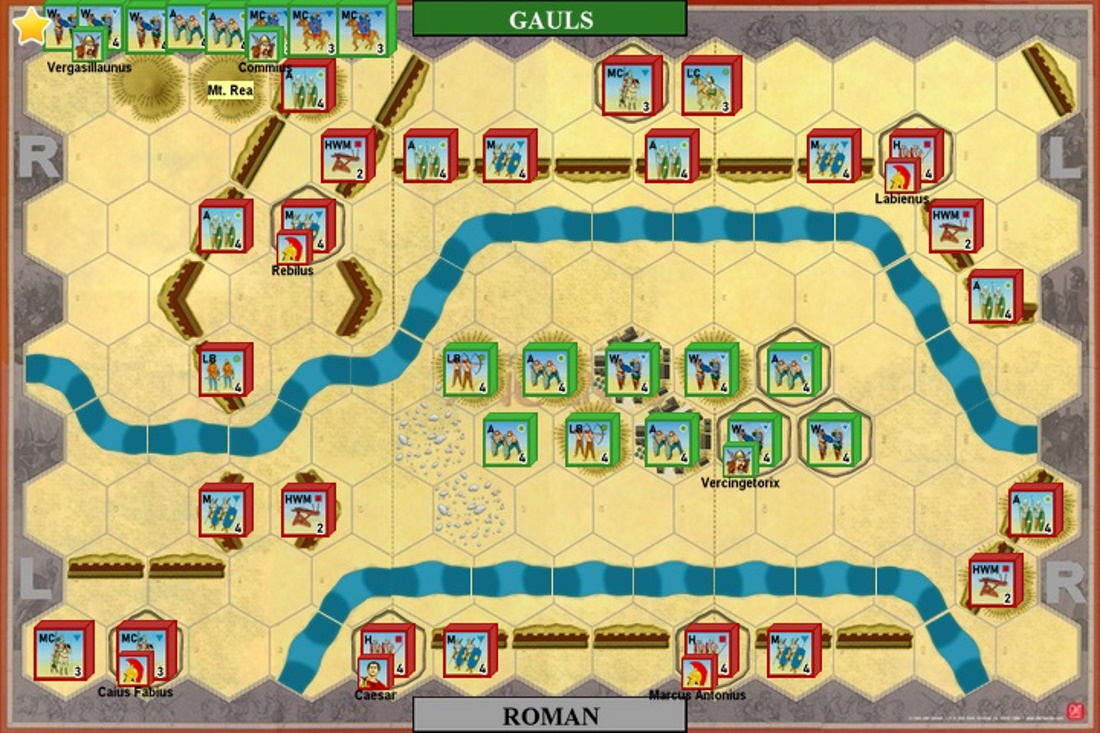 Entrance of reinforcements (Gallic player): eight units are set onto a baseline hex on the Gallic side of the battlefield and may be ordered by playing a 'Leadership' card. Two Gallic leaders may be placed with any of these units (3 medium cavalry, 2 auxilia infantry and the 3 medium warriors). By 'Inspired Right Leadership' card and 'Leadership Any Section' card, the force enters in the right section of Gallic player. This set on counts as the first hex of movement for a unit this turn.

The Gallic forces are racing against time: Alesia's popolation and besieged Vercingetorix's Army suffer from lack of food. At the start of fifth turn of Gallic player, and for all next turns, before placing an order, the player must roll a Battle dice for each unit is in hexes of Alesia's oppidum or nearest camp. Score 1 hit for each die matching the unit’s symbol. Ignore all other symbols, retreat flag included.

Occupying the 2 hexes of the oppidum of Alesia and 3 hexes of the Gallic camp gives 1 victory banners to the player that occupies more hexes at the beginning of his turn (majority temporary banner). The Gallic side controls Alesia at the start of the battle, so place one Victory banner on the Gallic Medal Stand.

The Rivers are fordable.

2 broken ground hexes represented ditch hexes. Any unit that enters it must stop and cannot fight this turn (infantry or cavalry). War machines cannot enter. A unit in a trench When your unit battles an enemy unit on a ditch hex will battle with normal dice, if your unit is on a ditch hex and battles out, it will roll a maximum of 2 dice in close combat. 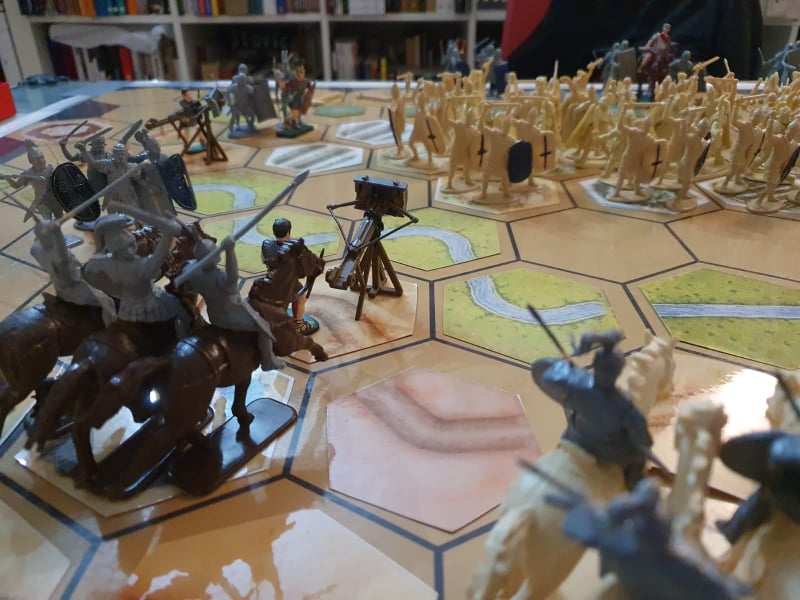 I am very happy you enjoyed it!

Andygor replied the topic: #4025 1 year 6 months ago
Our club really liked this scenario! We play it quite often! But we have reduced the number of dices for units attacking hexes of camps on the hills to one!
Read More...