Written by Konrad Bochennek. Posted in Gallic Wars (59-51 BC)

Historical Background
In 57 BC the Belgae, a mighty tribe in northern Gallia, besieged the town of Bibracte, belonging to the Remi tribe. The Remi, who had an excellent sling infantry, defended there town and sent Iccinius, the town commander, to ask Cesar for help. Iulius Caesar was interested in pushing back the Belgae and sent out bowmen, sling infantry and numidian fighter to defend the town while his own legions took position on the other side of the Axona River.
He set up his own legions in front of his camp and installed treches at both sides of his camp.
His legat Quintus Titurius was orderd to secure the bridge over the Axona.
Caesars forces were outnumbered, but his enemies were bold enough to attack first, entering a swamp between the camp.
The Belgae, who tried to attack the roman camp from the rear by taking the bridge over the Axona, were fought back by light infantry, slingers and light cavalry, which Caesar led across the bridge.
When the Belgic forced fled, Caesar was afraid to follow, suspecting a trap. But it was not, and Caesar send three legions to persuade the enemy.
The stage is set. The battle lines are drawn and you are in command. Can you change history? 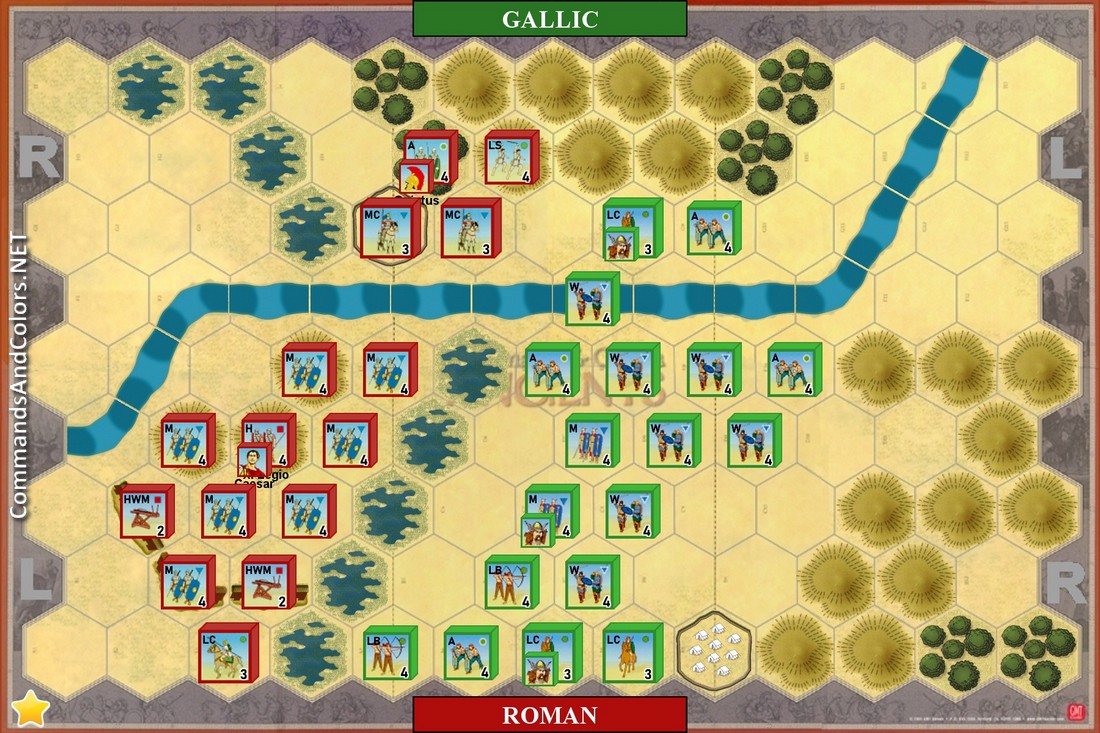 The Heavy Infantry at the Hex of Cesar is his elite legion, the Xth Legion. Xth Legion Rules are active

Shield roofs:
Caesar describes in his "De bello gallico" a formation called "Shild Roof", which was used by the Belgae to avoid losses by arrows. Therefore all Roman Long-range Attacks have a maximum of 1 attack dice.