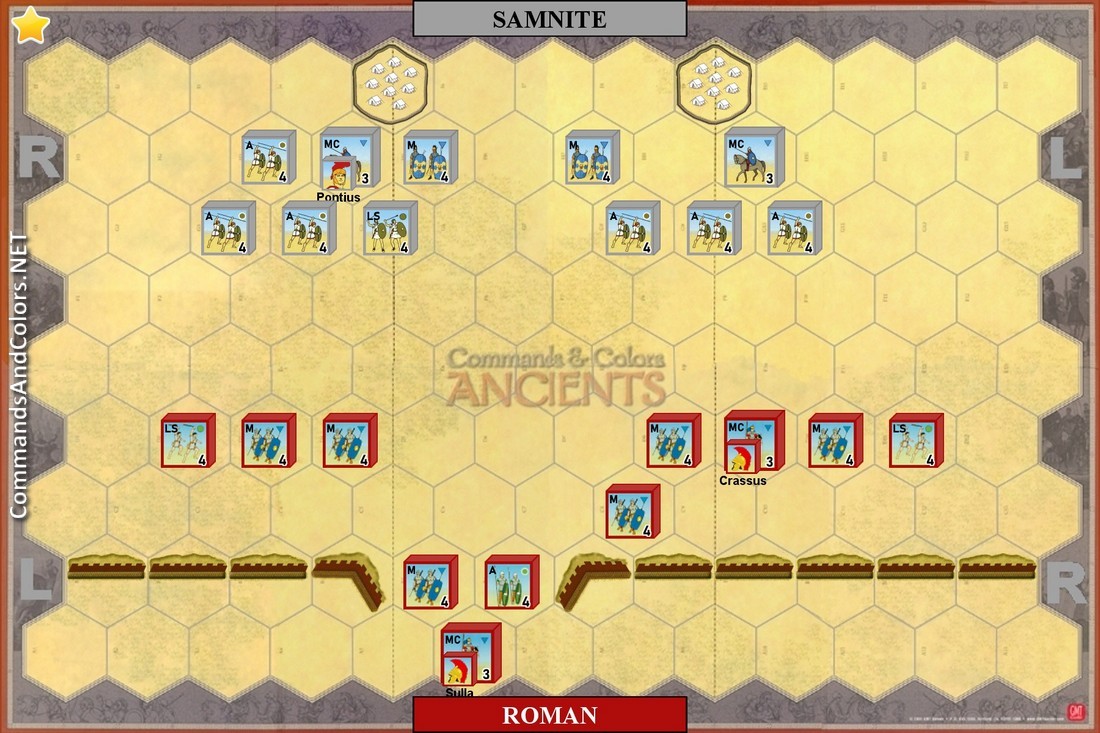 clavain replied the topic: #4497 1 week 5 days ago
5-4 Samnite. Major engagement mostly on the Samnite right, with a bit of cavalry skirmishing on the left by Sulla which was largely unsuccessful. Sulla's horse was destroyed from under him when the Samnite foot broke through on their right, leaving a large gap which was exploited by a Samnite Mounted Charge which killed two one point units plus an unhorsed Sulla to change the tide of history and win the match. Lots of fun.