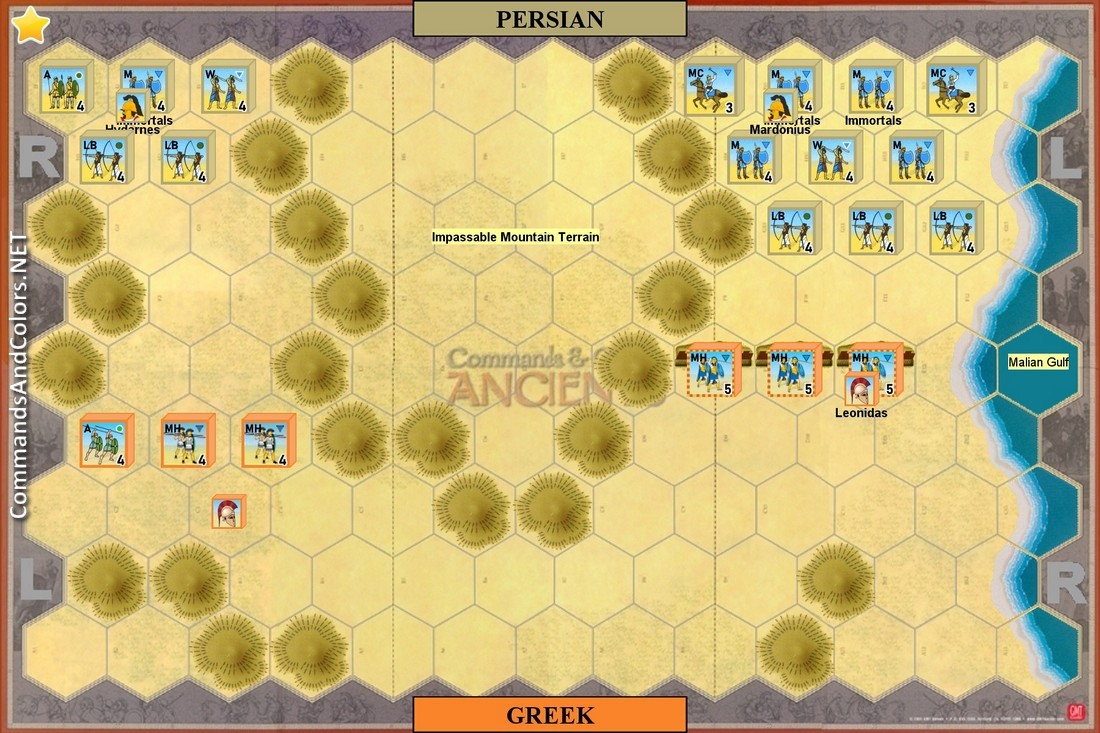 Mark-McG replied the topic: #1365 10 years 6 months ago
the Persian left is essentially trapped and it isn't hard to see the Greeks just slaughtering their way forwards. Essentially the Persians have to move forwards to have any room at all.

broadsword replied the topic: #1303 10 years 9 months ago
Spartans shove their MI forward, and smash the Persians against their back board edge. Why wait around on the wall for the Persians to shoot you to bits?
Read More...