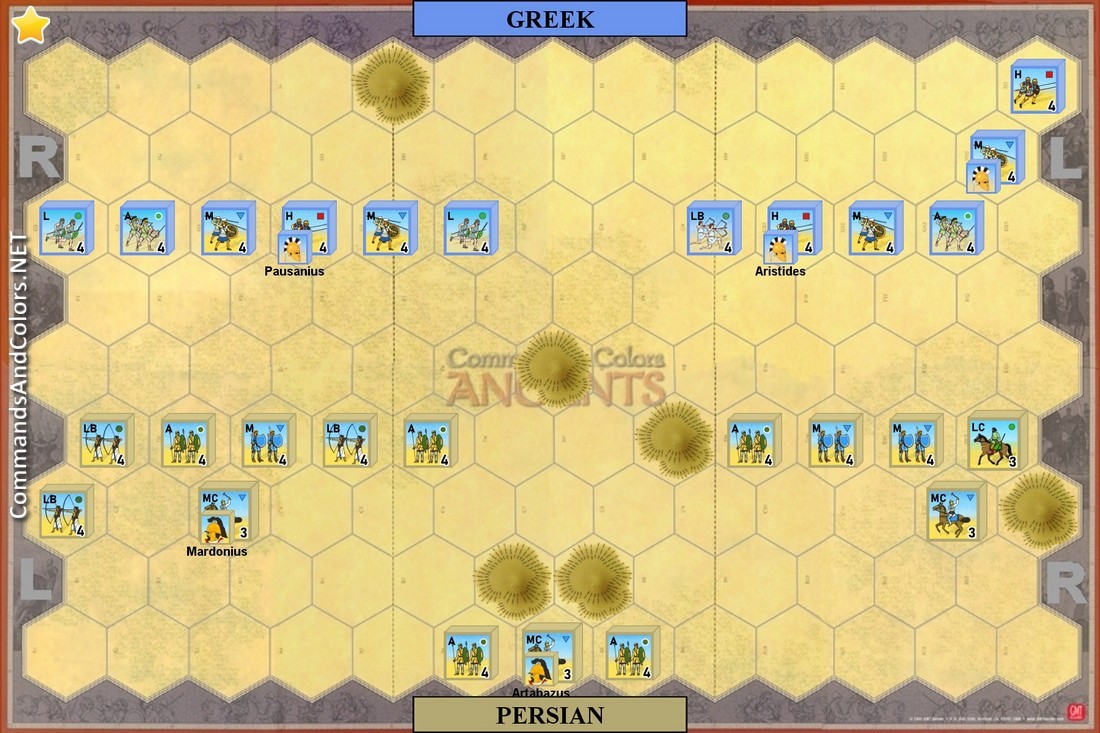 NicolasLL replied the topic: #4433 2 months 3 weeks ago
If the greek get Double Time card, and very lucky dice, he can win in one turn, or at least get four banners. I was close to it.

Dionysius of Omaha replied the topic: #4210 8 months 2 weeks ago
One the quickest Ancients scenarios I've ever played. Greeks dominate to win 5 to 1 after just six turns.
GF1954 replied the topic: #2769 3 years 11 months ago
2 solitaire games, with both sides winning the score of 5 - 1. Balanced scenario.

Tuscan-Centurion replied the topic: #952 12 years 1 month ago
Played this with a new player to the system. He took the Greeks and I commanded the Persians. Only 5 banners needed to win and it was one of the quickest games of C&CA I've ever played.
Sean moved up his troops quickly to bring the game to me and I spent most of this brief game back pedalling and reacting to his moves (and dice!). He was up 4-2 in quick time and my last counter got one banner back and reduced 2 of his units to 1 block each before his reply took one more of my units and give him victory. While new to the game Sean used his heavy and medium troops very effectively.

eques replied the topic: #576 13 years 6 months ago
I think the Persians should have some horse archers in this scenario.
Read More...