Historical Background
In 473 BCE the local Italian tribes once again challenged the Greek settlers of Taras for control of the resource-laden Sallentine Peninsula.  However, this time the Tarantines faced the might of all three Iapygian tribes, rather than just the Messapii they had been able to handle in 490 BCE.  According to Diodorus, as many as 20,000 Italian warriors converged on Kailia, southeast of Taras, comprised of impressive numbers of both infantry and cavalry.
Taras again responded with perhaps over 5,000 hoplites, psiloi, and cavalry of its own, plus a smaller complementary force from Rhegion.  According to the ancient historians, this composite force was no match for its native enemies, who destroyed the combined Tarantine/Rhegian force, in what Herodotus described as “the greatest slaughter of Greeks that is known”.  Despite what appears to have been an overwhelming “barbarian” victory, both Taras and Rhegion continued to thrive after this defeat, though it did shake the aristocratic-led government of Taras to its foundations, creating enough dissatisfaction to have it soon replaced with a democracy.
The stage is set. The battle lines are drawn and you are in command. Can you change history? 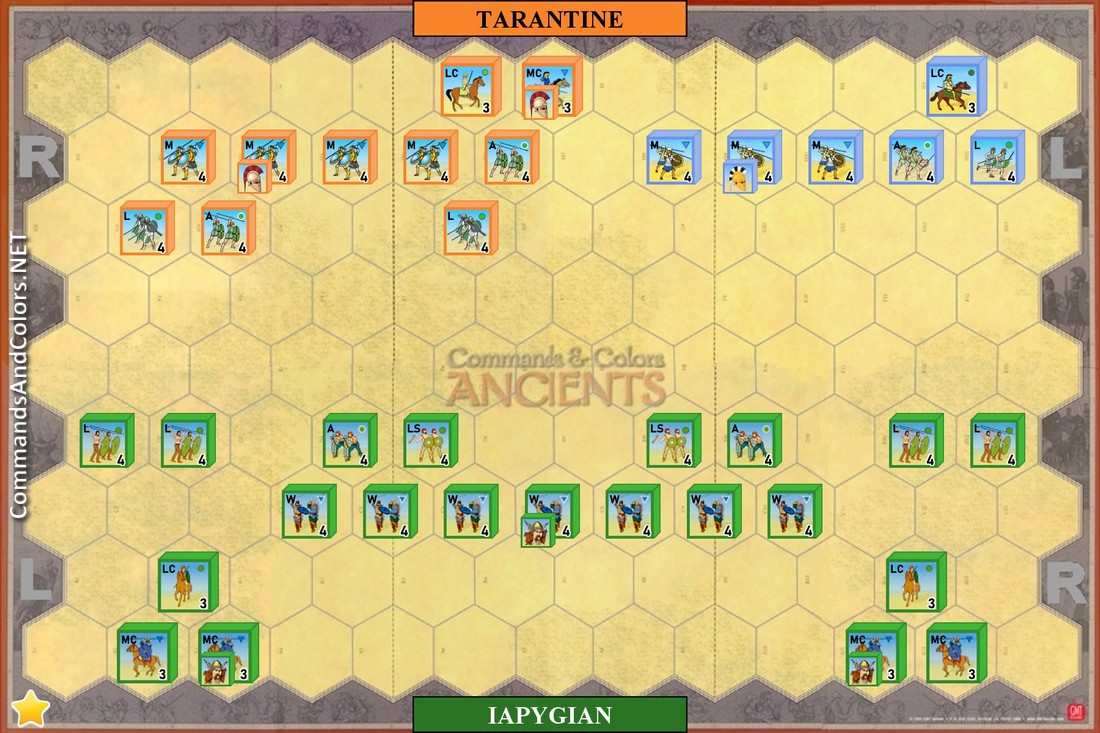 Special Rules
A leadership card may not simultaneously command both Tarantine (black) and Rhegian (blue) units.  There are no other restrictions on moving Rhegian and Tarantine units on the same turn.