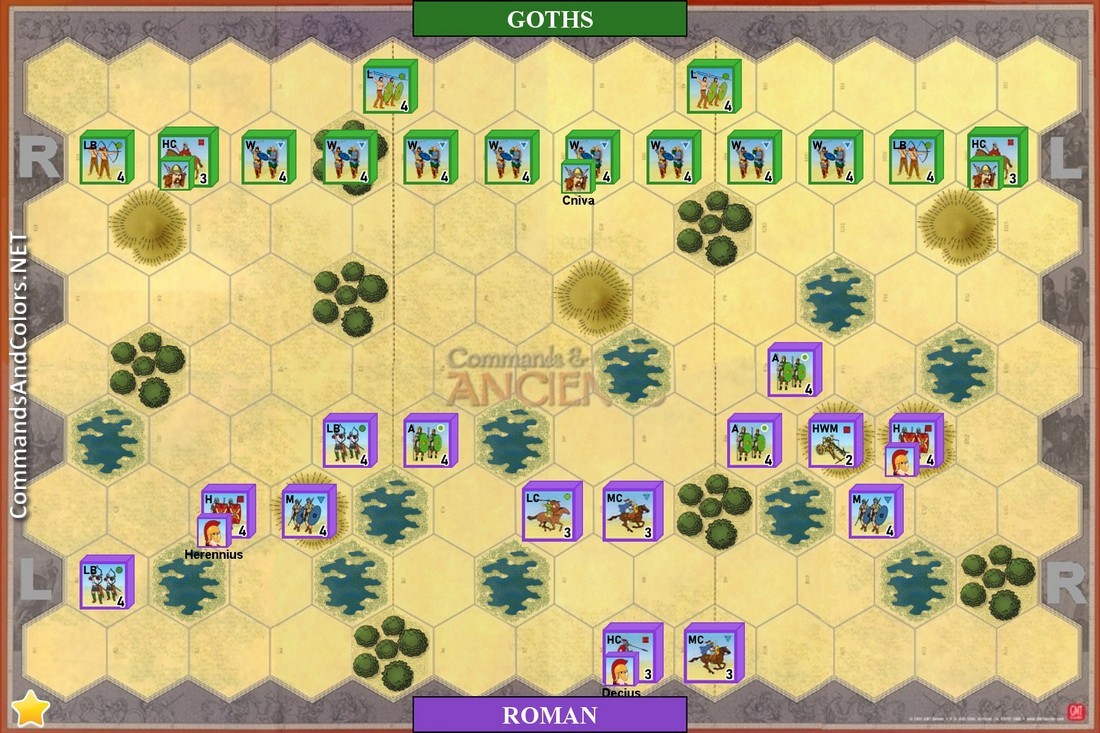 Erik Uitdebroeck replied the topic: #4169 11 months 1 week ago
Thanks for the quick reply.

Erik Uitdebroeck wrote:
A light unit is on a marsh and wants to evade; does it have to stop (while evading) on the adjecent hex?

Evading (and retreat) are not normal moves
Erik Uitdebroeck replied the topic: #4167 11 months 1 week ago
Hi everyone,

A light unit is on a marsh and wants to evade; does it have to stop (while evading) on the adjecent hex?

Thanks for your time,
Erik.

Mark-McG replied the topic: #3269 2 years 10 months ago
probably an error, but since Imperial Legions applies only to Medium & Heavy Infantry, it is defacto Roman only.

RiverWanderer replied the topic: #3268 2 years 10 months ago
"Imperial Legions rule is in effect for both armies."

Why both armies? Surely only applies to the Roman army.
cannoneer replied the topic: #1704 6 years 6 months ago
Just played this solitaire last night and it came down to a Roman cavalry charge that netted them 2 banners, and a 6-5 win. Very exciting and balanced scenario.
Read More...