Historical Background
https://en.wikipedia.org/wiki/Battle_of_Adrianople
The stage is set. The battle lines are drawn and you are in command. Can you change history? 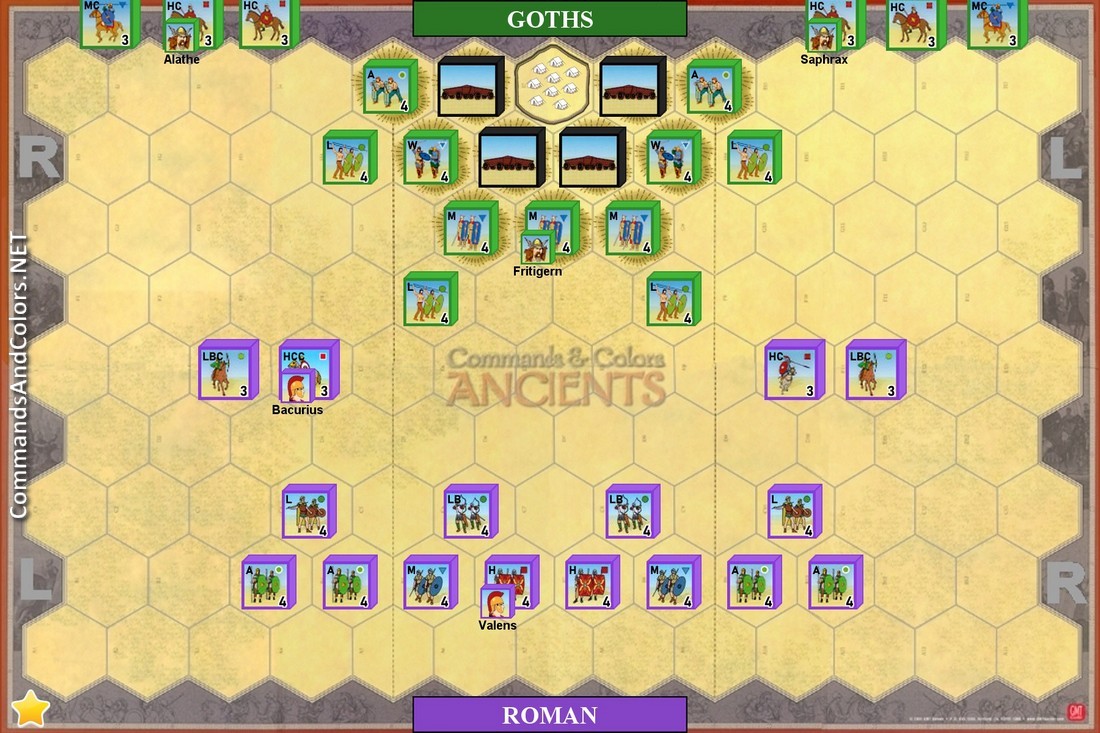 Roman First Orders: at least one order must be given to Bacurius’ troops in the Left section before moving any other troops.

The Goth player can enter his cavalry groups by playing an "inspired leader" card (no matter which). He places all units of both Goth cavalry groups on the board edge hexes (clear hexes between the board edge and the hill), in appropriate sections (Alathe group in righ section, Saphrax group in left section) which counts as one hex of the units move. Units are active and can move / battle.