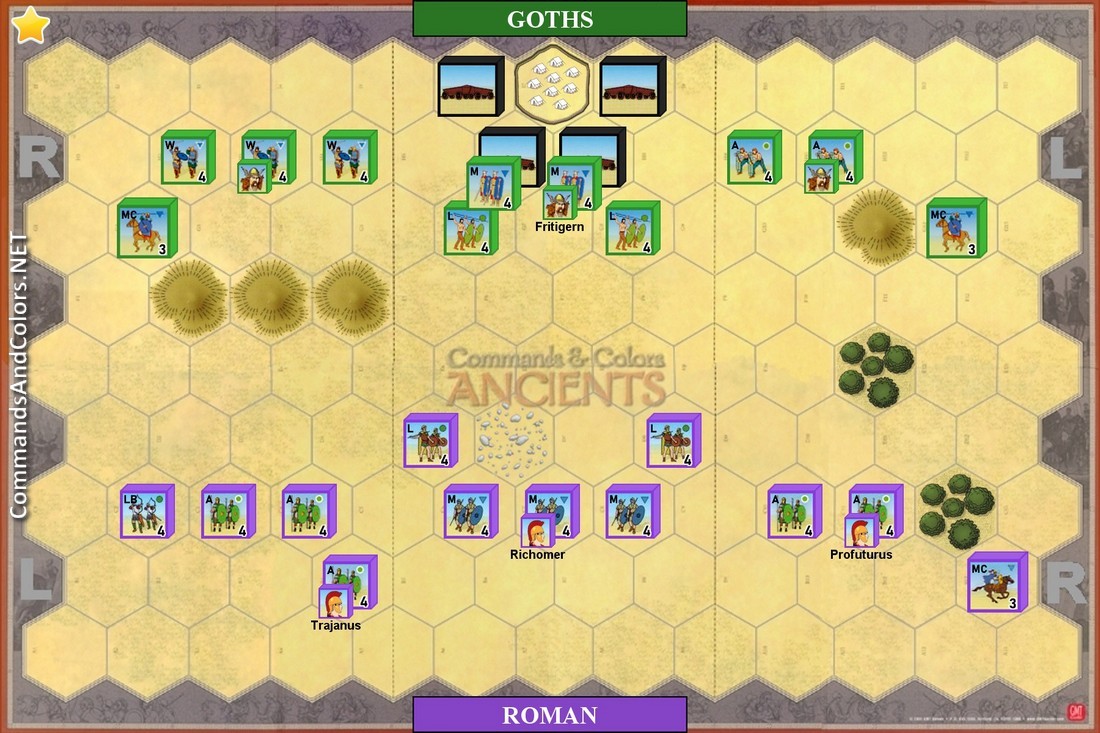 Lastall replied the topic: #3663 1 year 2 months ago
Played this twice, Romans won both times. Once being ultra aggressive with the center and the second time being patient while working the flanks.
Read More...