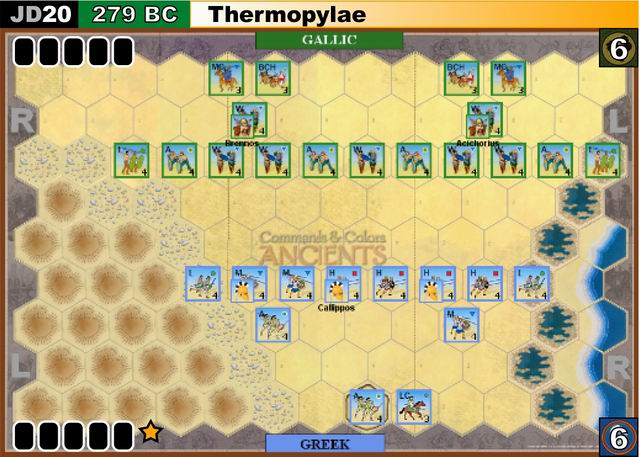 g1ul10 replied the topic: #2245 3 years 7 months ago
The Greek advanced and attacked in their left and center section maintaining the line formation. The heavy infantry took the usual substantial toll from the enemy. A timely Barbarian cavalry charge could have changed the sort of the battle, or at least evened it out, but failed to achieve any substantial effect. Final score 6-3 for the Greek.
Read More...