Historical Background
Queen Boudica led her army of rebels, predominantly Iceni and Trinovantes, to Camulodunum, once the Trinovante capital and now the Roman capital after the Roman invasion of Britain. The city had been designated a colony for unruly veterans of the XXth legion, and as Boudica approached the city the statue of Victory fell down for no apparent reason, which fanned the flames of panic. The Romans were so confident that the Britons had been pacifìed that they built no walls around the city, instead favoring amenities like bath houses. The small Roman garrison was bolstered by armed veterans and a few men sent by the procurator Decianus. Hopelessly outnumbered, they took refuge in the Claudian temple and hoped to hold out until a relief force could arrive. The impetuous Quintus Petillius Cerialis with elements of the IXth legion, rushed to the aid of the city, and was ambushed while in march colum. The Romans tried to form a line of battle but the Britons were on them before they could form up and were slaughtered. Only Petillius with his cavalry manage to escape.
The stage is set. The battle lines are drawn and you are in command. Can you change history? 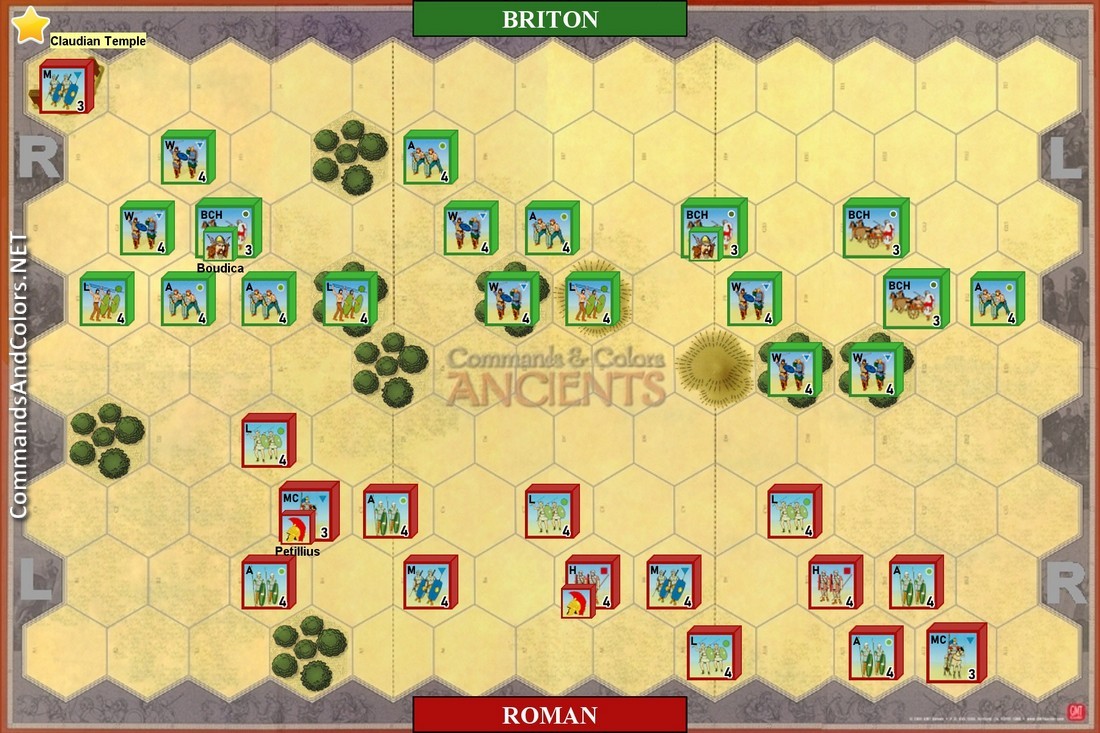 The leaders, Boudica and Petillius, if eliminated, each will count as 2 Victory Banners.

The Roman garrison unit in the temple only has 3 blocks.

When Camulodunum is being played as part of the Para Bellum Extended Battle System, the Briton player will attempt to rally units lost after Camulodunum. Briton units that are not rallied will not be deployed in the final Para Bellum battle, Boudica's Revolt - Watling Street - 61 AD.

Lastall replied the topic: #3660 1 year 6 months ago
Played with the Para Bellum rules. The Brittons won every every game easily.
Read More...