Written by alecrespi. Posted in Germanic Wars - Augustus to Nero (27 BC - 68 AD)

Historical Background
The Battle of the Weser River, sometimes known as a first Battle of Minden, was fought in 16 between Roman legions commanded by Emperor Tiberius' heir and adopted son Germanicus, and an alliance of Germanic tribes commanded by Arminius.
Ancient sources identify the location as Idistaviso, but the precise location is unknown, save that it was on the right side of the Weser River, somewhere up between the cities of Minden and Hameln of present-day Germany. The battle marked the end of a three-year campaign by Germanicus to restore the Roman frontier at the Elbe, lost in 9. The Germanic tribes generally avoided open large-scale combat, but at this battle Germanicus was finally able to force them into a major engagement. Both sides suffered severe losses, but the Romans were victorious, even though Arminius himself and Inviomerus, his uncle manage to escape with the bulk of their army intact. According to Tacitus with the help of Chauci, who fought on the Roman side as auxiliaries.
Germanicus once again had to withdraw behind the Rhine for the winter. Tiberius saw no point in continuing the costly military campaigns in northern Germania and ordered Germanicus to end his campaign and return to Rome. After this, Rome never again made a serious effort to conquer Germania Transrhenanum (Germania beyond the Rhine River).
http://en.wikipedia.org/wiki/Battle_of_the_Weser_River
The stage is set. The battle lines are drawn and you are in command. The rest is history. 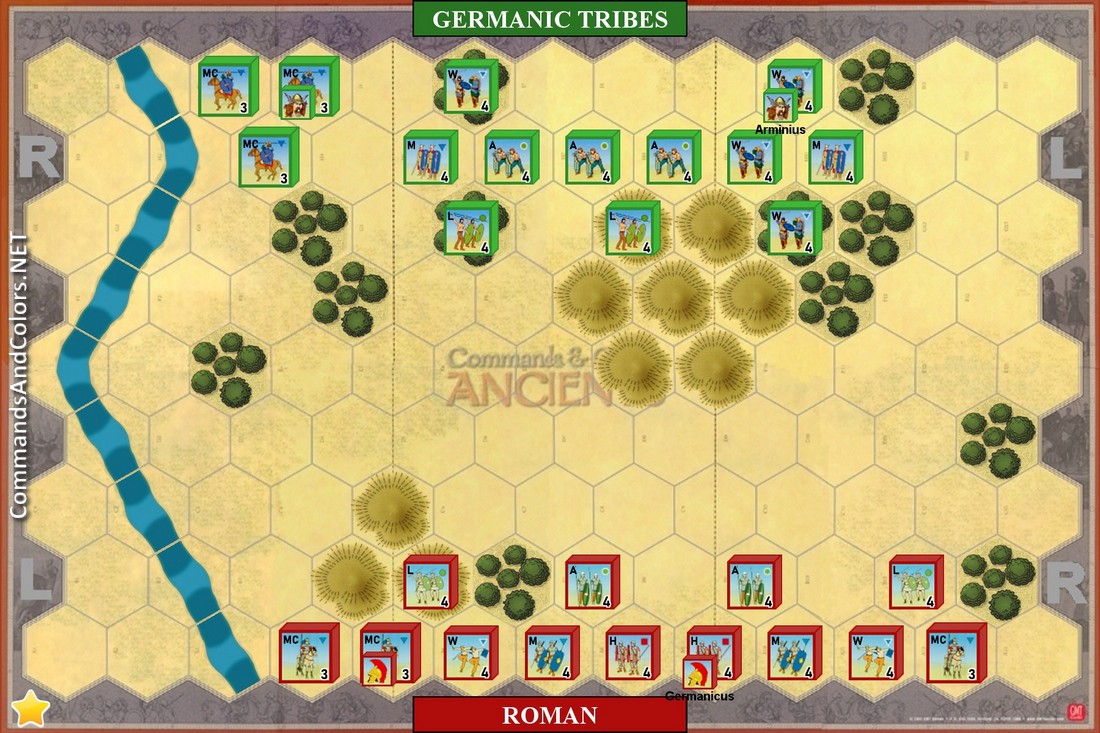 Julian Legions rule is in effect for the Romans.

g1ul10 replied the topic: #3301 2 years 9 months ago
PLayed today with Marcin. Final score: 7-6 for the Germanic Tribes. This is the third time I play this scenario and the Romans never won. Previous games score were 7-3 for the Germans (played against Alessio).
Read More...