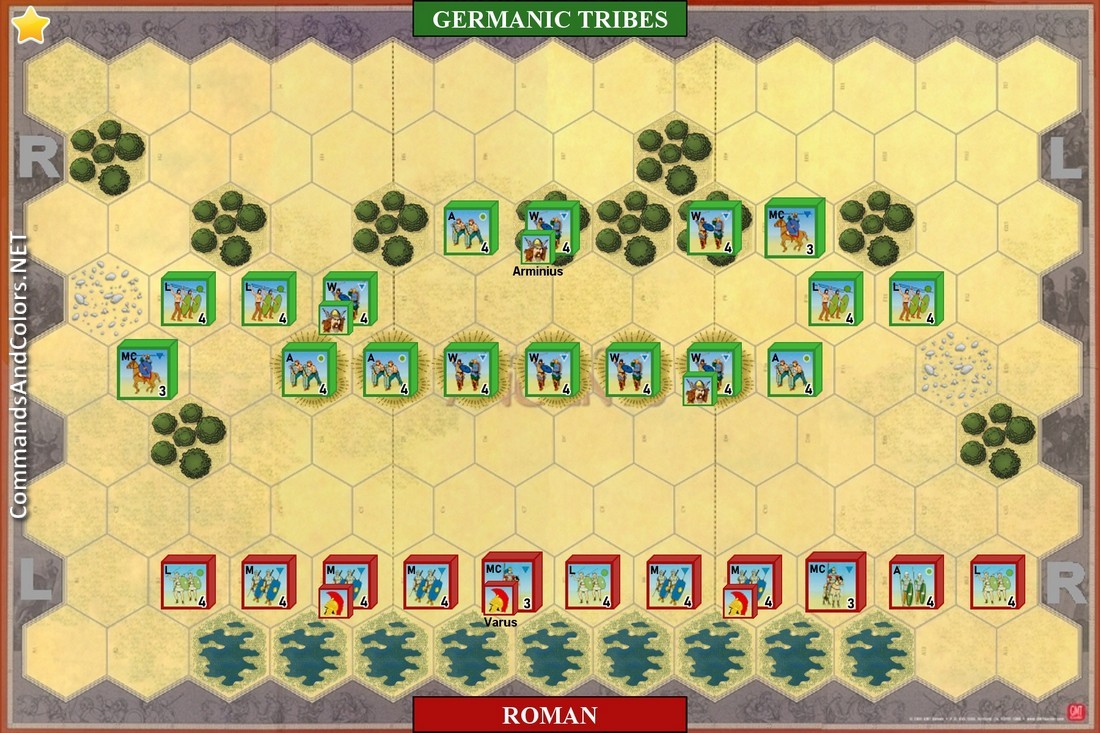 clavain replied the topic: #4482 2 months 2 weeks ago
6-4 Roman win. The Germans (me) recklessly charged down off the hill with a Line Command followed by an inspired centre leadership, driving some of the Roman centre into the Marsh. Romans tried to rescue their consul with Med cav, both of whom died, but then the three Roman leaders got together and slammed the Germans who fell back in disarray and were picked off unit by unit, despite heavy Roman losses. Arminius, the rear line and the German cav never came into play.
GF1954 replied the topic: #3905 1 year 9 months ago
2 solitaire games with the Germanic Tribes winning both 6 - 4 , and a 6 - 1 massacre in the rematch.

mk20336 replied the topic: #2434 4 years 10 months ago
Played recently in mini-campaign. Here Germans were definitely better, strucking hard in the middle of the Roman line - 6-2:

Achtung-Panzer replied the topic: #1353 10 years 10 months ago
The Germans opened up with a Order all Medium card and sprung the ambush! But the initial success (Varus saw his cavalry unit destroyed and fled into the marshes) turned to failure when one of the Warriors charged too far into the Roman line and was wiped out along with their leader.

MasterChief replied the topic: #1004 12 years 2 months ago
Played this against King Billy a few weekends ago. We thought it looked really tough on the Romans. It was in the first game...