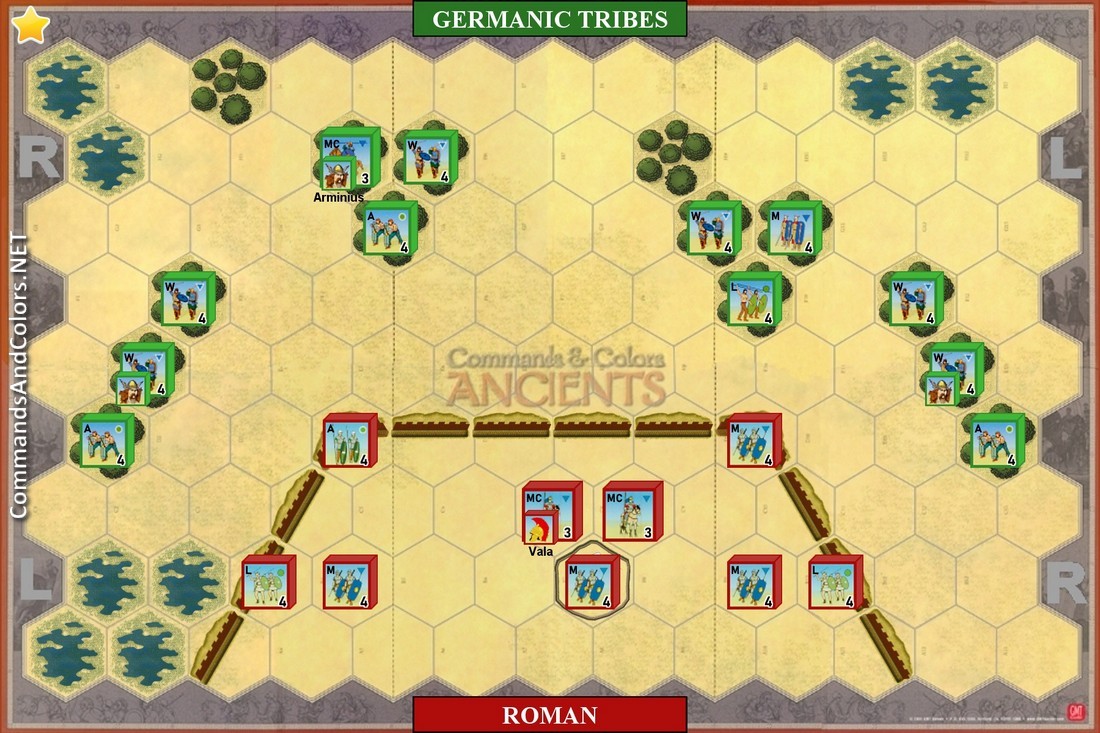 GF1954 replied the topic: #3910 1 year 4 months ago
2 solitaire games, with the Germanic Tribes winning both, 6 - 0, and 6 - 3. I think that the Germanic Tribes could still win with half their forces. It would fruitless for the Romans to even attempt to break out and escape, in my opinion.

mk20336 replied the topic: #2435 4 years 6 months ago
Another part of recent mini-campaign - this time Germans did not commite full forces which allowed me to grab 4 banners as Romans: