Historical Background
After months of negotiations between the Senate and Marcus Antonius which did little to settle the questions of power and government after Caesar's assassination, the conflict became unavoidable.
Antonius decided to siege Mutina (modern Modena) defended by the troops of Decimus Junius Brutus Albinus.
Consul Vibus Pansa was sent north from Rome to link with Consul Hirtius and the young Octavianus, bringing four legions of recruits in order to provide Brutus with aid. Antonius, knowing of the arrival of the Senatorial troops, tried to ambush them along the via Aemilia, where the road crossed the swamps near Forum Gallorum (modern Castel Franco). The Senatorial legions however were able to spot the army of Marcus Antonius from afar and the ambush did not work as planned.
The stage is set. The battle lines are drawn and you are in command. Can you change history? 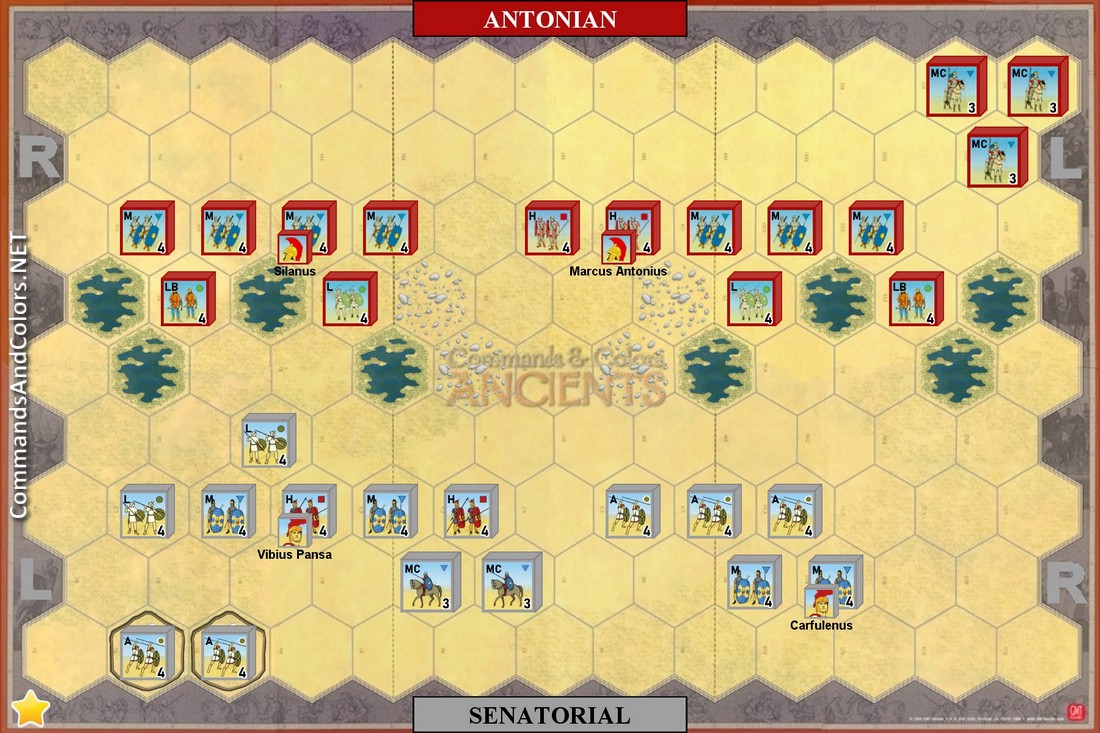 Special Rules
If at least one Antonian unit captures (occupies) a enemy camp hex, the Antonian army gains one Victory Banner. No further Victory Banners are granted for more captured hexes.
If all capturing units move off or are eliminated, the Victory Banner is lost.