Historical Background
On April 21, 43 B.C. the consul Aulus Hirtius and the young Octavianus launched a direct attack on the camps of Mark Antony in order to break the siege of Mutina (modern Modena) where Decimus Brutus stationed with his legions.
The fighting was very fierce and bloody; the Republican troops raided camps but Antony's veterans counterattacked; Hirtius the consul was killed in the melee; Octavius Caesar personally intervened and managed to avoid defeat, while Decimus Brutus also participated in the fighting with part of his forces locked in the city.
The stage is set. The battle lines are drawn and you are in command. Can you change history? 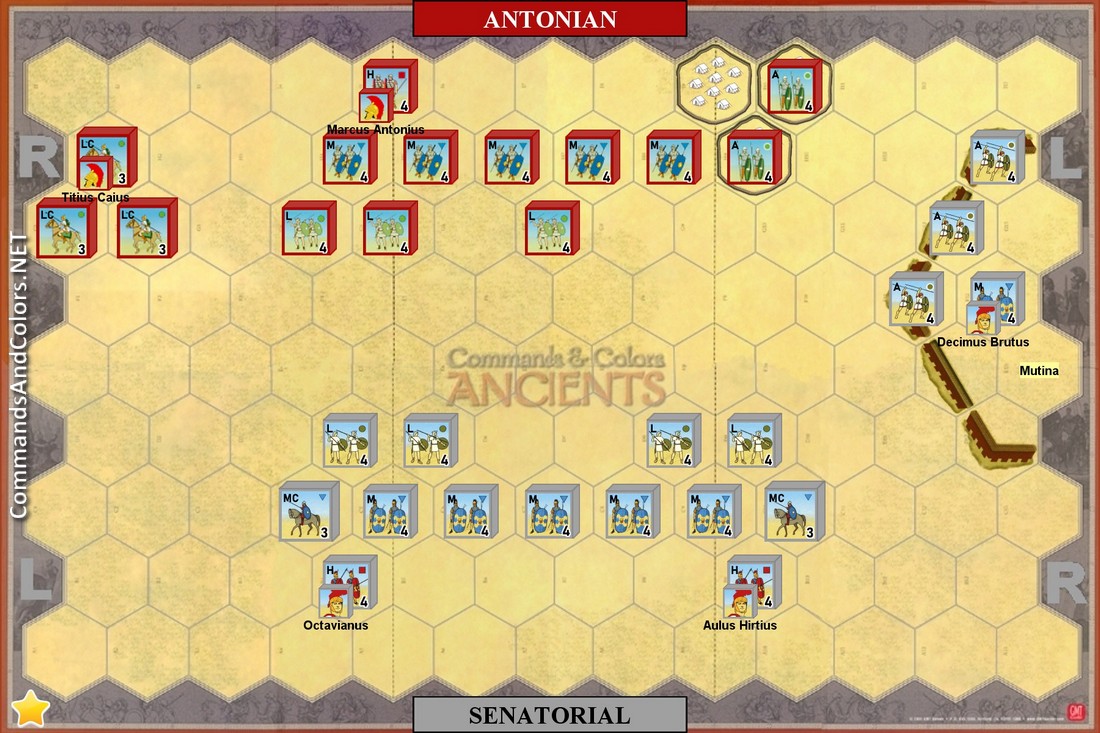