Historical Background
Following his decisive victory at Pharsalus, Julius Caesar pursued Gnaeus Pompey to Egypt. Pompey was assassinated, effectively ending the civil war in the Eastern Mediterranean, but Caesar became involved in factional fighting in Alexandria in support of Cleopatra. Meanwhile, Pharnaces, King of Pontus, began harassing the Romans in Anatolia, so Caesar sent Domitius Calvinus with a small army to hold him at bay. While Caesar was finishing up with his Egyptian campaign, Pharnaces thrashed Domitius at Nicopolis. In response, Caesar hurried to Anatolia with his VI legion and took command of the remnants of Domitius’ army. As Caesar was starting to build his camp near Pharnaces, he was amazed when the Pontic forces began forming for battle just in front of his camp. Thinking it was a mere show of force on Pharnaces’ part, Caesar’s men kept working on their camp. But the Pontic army began advancing on the Roman position. When it became apparent that the enemy actually intended to do battle, the Romans had little time to assemble. Then the Pontic scythed chariots charged forward, adding to the confusion in the Roman ranks. The chariots were eventually driven back by missile fire. As the main lines came into contact, the VI legion on the right pushed the Pontic forces back in hard fighting. Elsewhere along the line, victory came more slowly, but in the end almost all of Pharnaces’ army was captured or killed. The report of the battle Caesar sent back to Rome was famously brief: “Veni, vidi, vici” (I came, I saw, I conquered.)
The stage is set. The battle lines are drawn and you are in command. The rest is history. 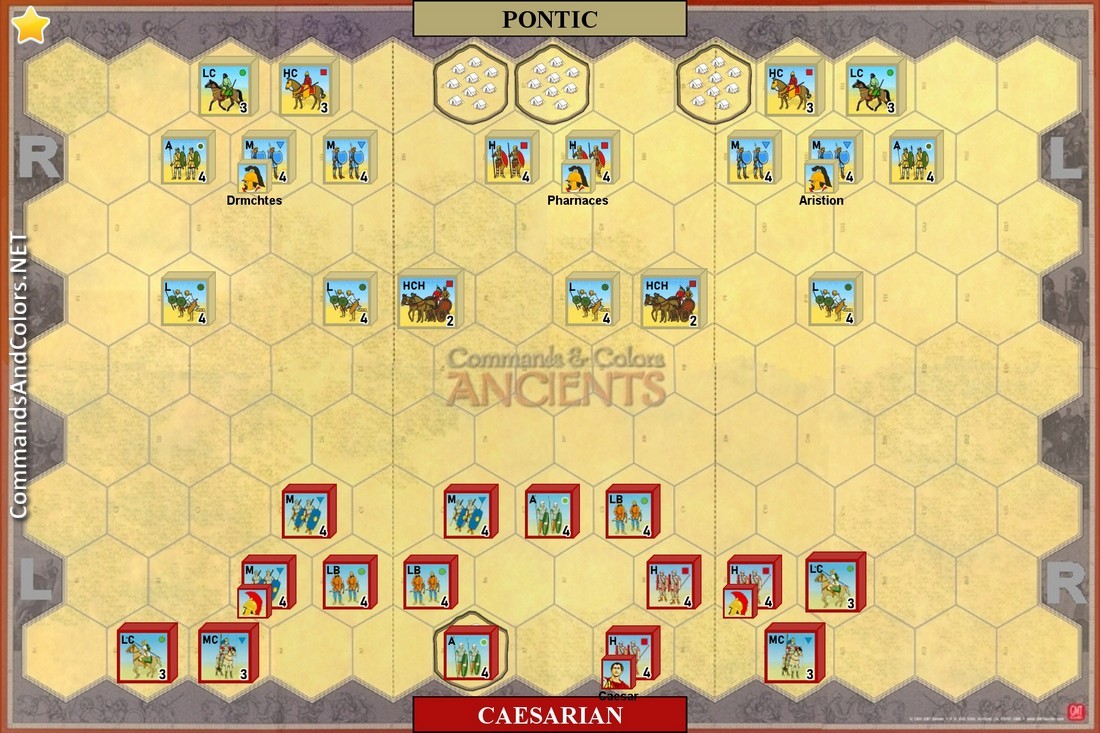