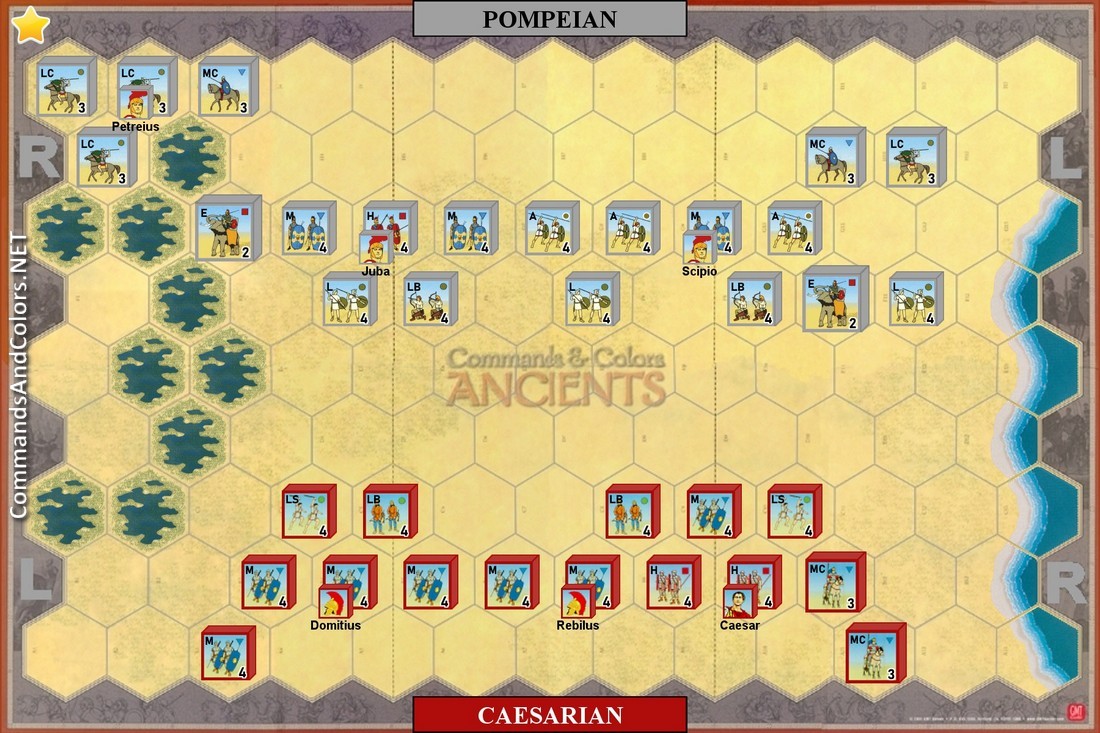 mk20336 replied the topic: #2085 5 years 7 months ago
That was bitter fight to the last soldier. Elephants were quickly hidden behind Lights, and volleys of arrows were exchanged. Then Caesarian right moved forward with mighty Caesar. His 3 times were educed to zero blocks, but he survived all LC1 rolls. Finally, well prepared and time Mounted Charge by Pompeyans managed to grab a 7-5 win for them!
Read More...