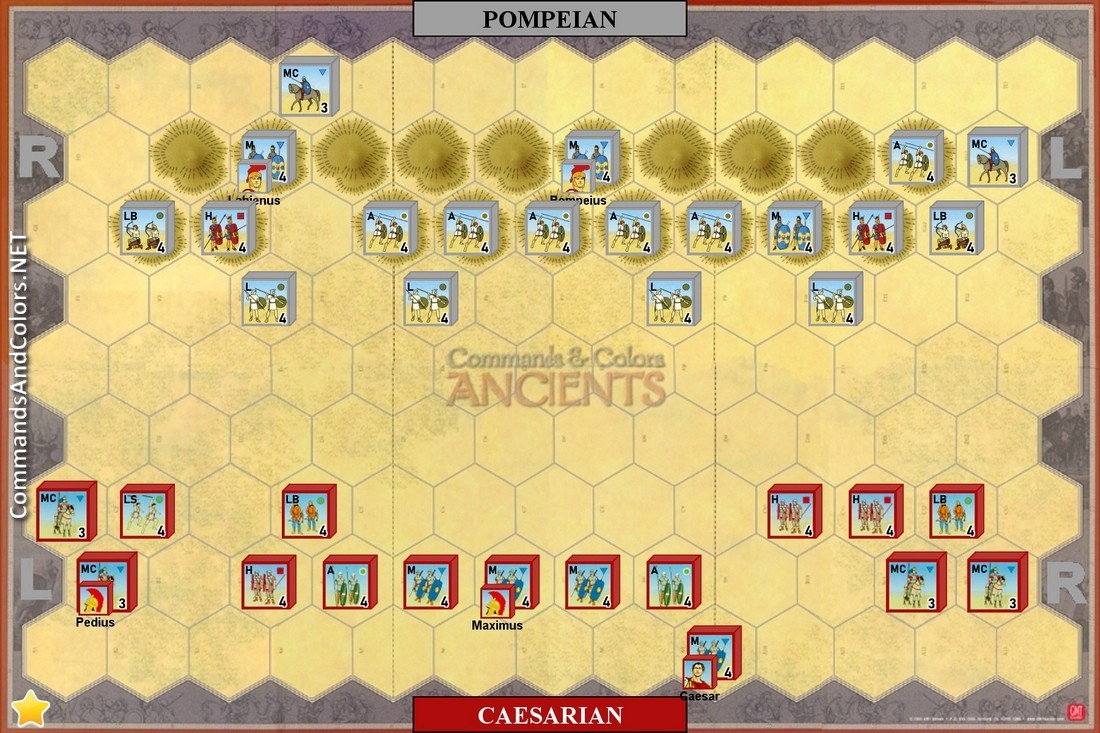 esparver73 replied the topic: #3276 2 years 10 months ago
Caesar seems to have the advantge. I managed to win as Pompey when Caesar hesitated to push hard, giving Pompey time to single out units to attack,

sushidog replied the topic: #1662 6 years 8 months ago
Back to back wins by Caesar. I have a hard time seeing Pompey winning this without major luck.
Read More...