Historical Background
While Julius Caesar was campaigning in Spain, Gnaeus Pompey was building a new army in Greece. After returning to Italy, Caesar made a risky January crossing of the Adriatic with a portion of his army, resolving to defeat his rival and end the civil war. The combined effects of bad whether and superior Pompeian naval forces prevented the remainder of Caesar’s army, under Marc Anthony, from making the crossing. Pompey knew at this time his larger army was no match against Caesar’s veterans, and Caesar would not hesitate to attack once he had his entire army concentrated. Pompey needed time to train up his troops. He formulated a daring plan to delay the remainder of Caesar’s army in Italy from crossing. In February, Pompey dispatched his admiral, Libo, on a raid across the Adriatic. Libo commanded a large force of marines and fifty warships. His target was the seaport town of Brindisi and the ships gathered there. His mission – to destroy the Roman transport fleet. Libo landed his marines outside of Brindisi. Utilizing surprise, they overpowered the city guards and sank and burned several ships. However, Antony’s troops, who were still waiting in the embarkation camps to cross the Adriatic, quickly formed and advanced toward Brindisi. Libo’s marines were defeated by Antony’s legions before they could destroy enough shipping to truly delay Antony’s army from crossing. In the final analysis, Pompey’s bold plan was a total failure. He had sacrificed many of his best-trained troops in the raid, but Antony was still able to cross the Adriatic and join Caesar for the battle at Dyrrhachium and the epic victory at Pharsalus.
The stage is set. The battle lines are drawn and you are in command. The rest is history. 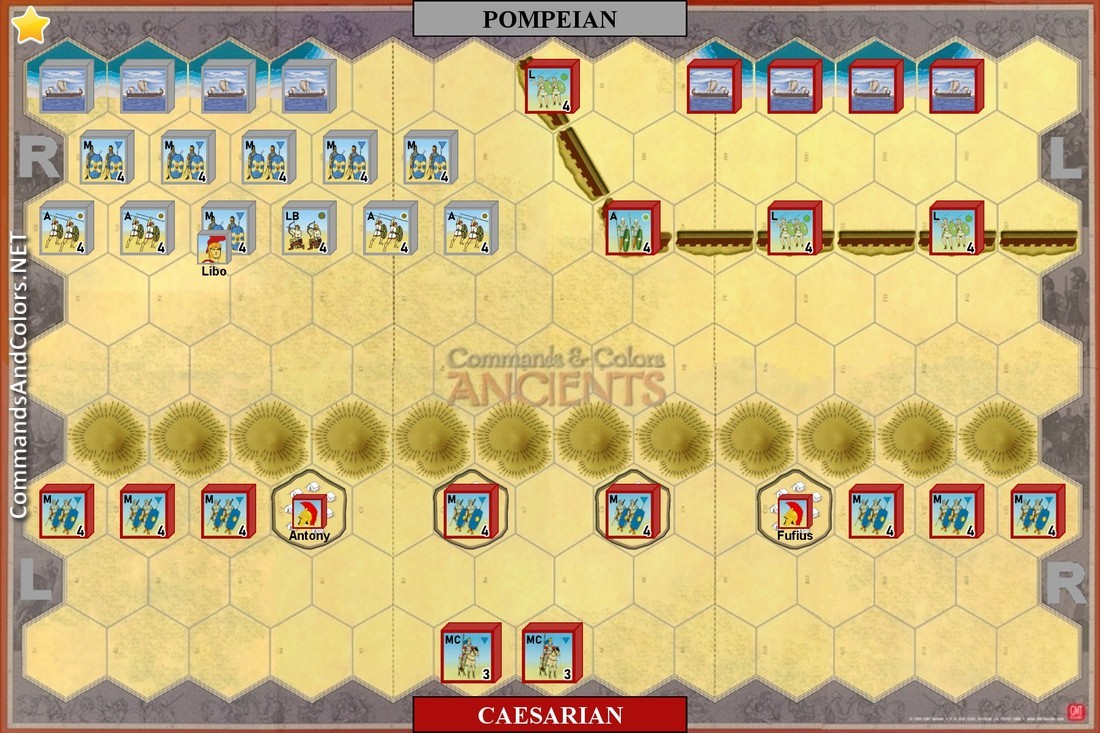