Historical Background
Caesar had sent his general, Gaius Curio, to attack Pompey’s lieutenant, Attius Varus, in Africa. Varus was in camp below the walls of Utica. When a relief army sent by King Juba of Numidia arrived to reinforce Varus, Curio had launched a delaying attack with his cavalry. The Numidians were routed and fled (see Utica – Part 1). On the day after Curio’s victory over the Numidians, both Curio and Varus marched out of camp and deployed for battle. There was a valley between the two armies and both sides waited to see who would make the first move. Suddenly Varus’ cavalry, along with some light troops, moved into and down the valley. This was perhaps a show of bravery, but Curio advanced his cavalry to end the show and Varus’ cavalry was sent reeling. Curio then led the infantry forward and Varus’ lights were cut down. All this was more than enough for Varus’ troops, who turned and ran back to camp. Many were killed in the stampede.
The stage is set. The battle lines are drawn and you are in command. The rest is history. 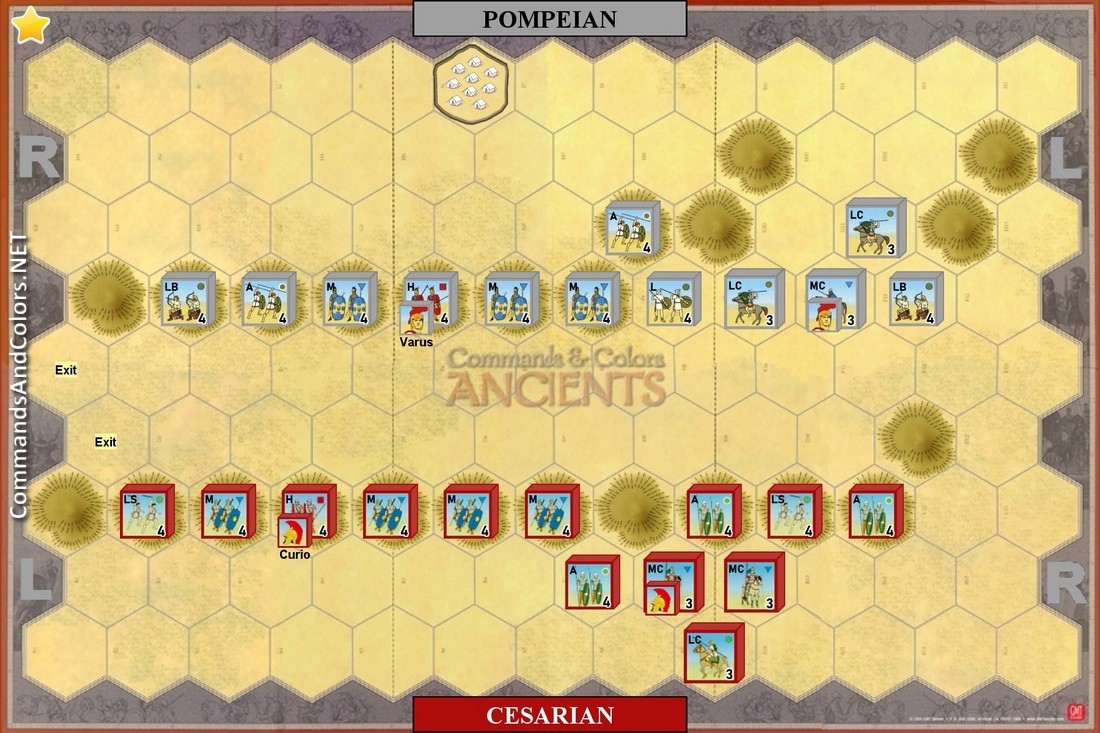 Special Rules
• Julian Legions rule is in effect for both camps.
• A Pompeian cavalry unit that moves down the valley and exits from one of the two hexes indicated at the opposite end, collects one Victory Banner for its show of bravery.
• A Caesarian unit that captures (occupies) the enemy camp hex gains one Victory Banner. If the unit moves off or is eliminated, it no longer counts.