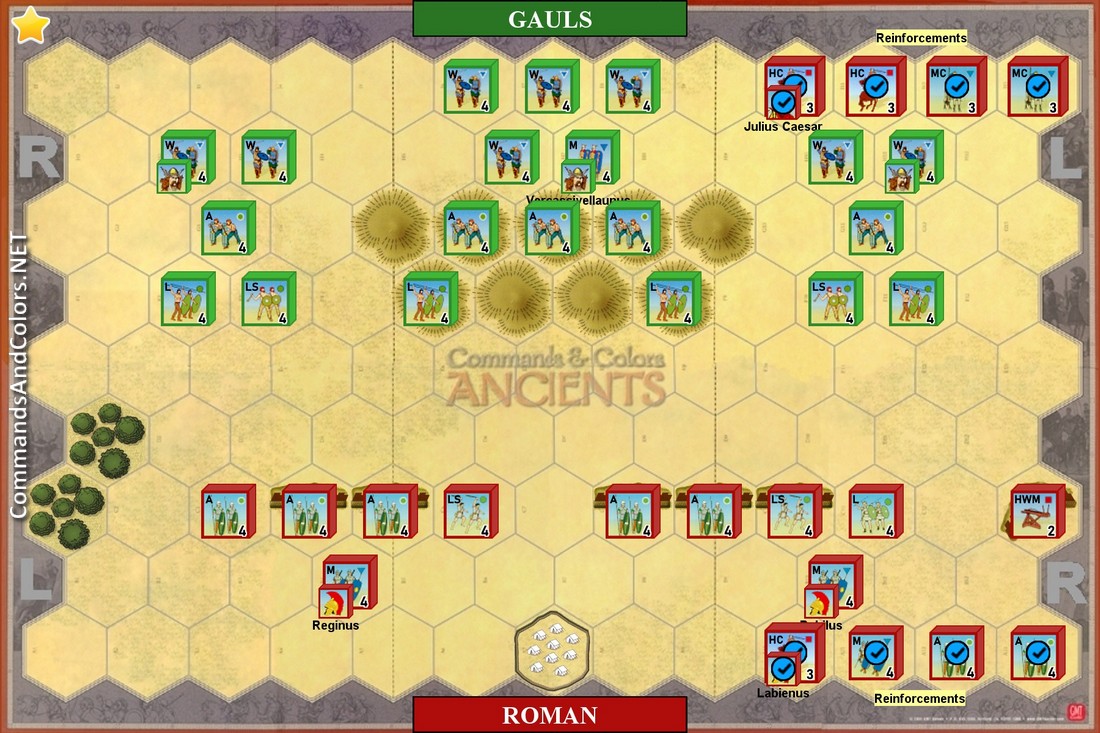 We played the scenrio four times today and all four games were all decided by just one banner.
If Caesar's forces can not enter because of Gallic forces on the Gallic baseline, they can enter the board along the a side. The Roman player plays a leadership card for the left, right or any sector, he then deploys Caesar on a side hex that is closest to the Gallic rear and the other units in the formation in a line adjacent to each other on that side.

We had one situation where two of the units were deployed in two rear hexes and the other units along the side.
apergis1@verizon.net replied the topic: #3495 2 years 7 months ago
My wife and I played the game a few time and we think we have discovered a flaw.

When Caesar's force appears they must be deployed on the Gallic baseline. All of the relieving force must enter on an adjacent linked hexes.

We have discovered that the Gallic player can deploy enough units on the baseline that would make it impossible for Caesar's force to enter the game. They still would have sufficient forces to defeat the Romans.
GF1954 replied the topic: #2732 4 years 3 months ago
2 solitaire contests, with each side winning 8 - 5. In the first, Caesar never entered the game, and the Romans were unable to stop the Gauls from going up the middle and eventually taking the Roman camp. Much different second game. For quite a spell, the Romans could not get any leadership cards. The Gauls were able the push the Roman right flank to the edge. Liebanus arrived in the nick of time to save the day. Much later, Caesar arrived much later on the Gaul's right flank and ended the contest. Unlike the first game, the warriors of the Gauls in the center, did not gets the cards to battle, as a result, most of the fighting occured on the flanks.
Read More...