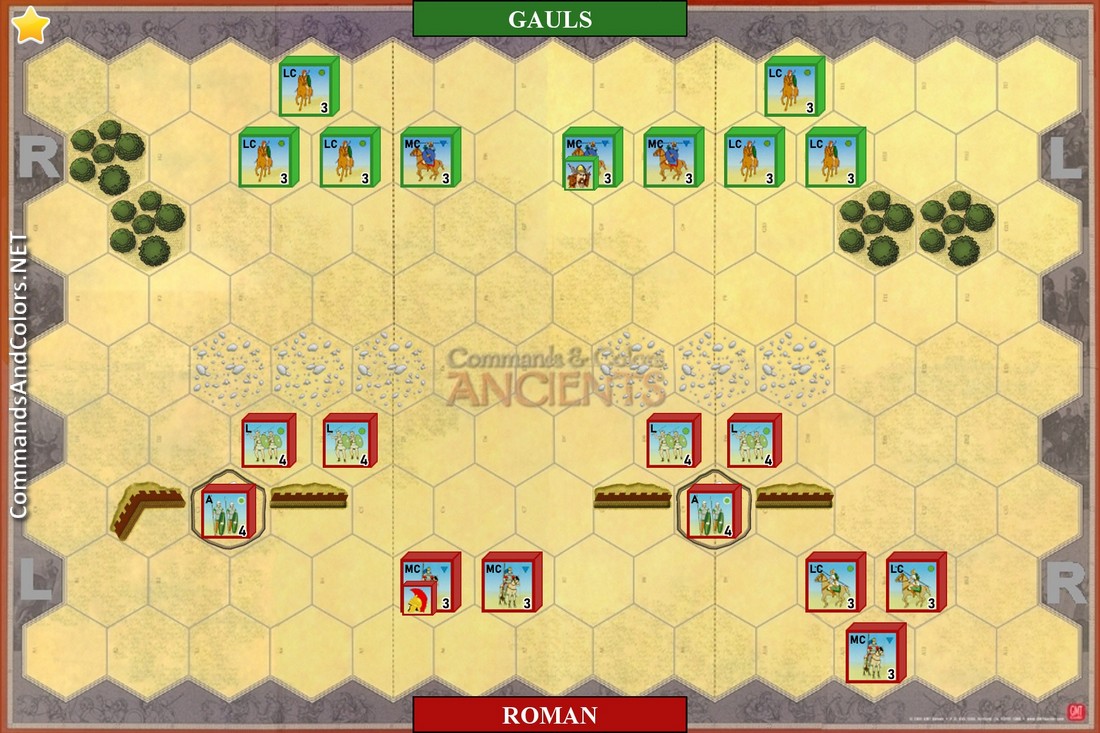 barmyfongyphipps replied the topic: #3165 3 years 1 month ago
Two plays, both of which the Romans won handily.
First game, I got the Gallic MC killed with a stupid foray up the centre. From there my son mopped up some remaining Lights for an easy 5-2 victory.
Second game, I massed on the left, hoping to sally forward deep into the Roman right section and send those Roman LCs off the board edge with flags. Instead, the Gauls got hopelessly trapped between trenches (stone tiles), forests, Roman MC and slingers, and were duly slaughtered or retreated in disorder off the edge back to Vercingetorix’s camp.
Romans 5-1. For his tactical nous, Caesar (my son) won a triumph (ice cream down the shop).
GF1954 replied the topic: #2711 4 years 3 months ago
In the first of 2 solitaire games, the Gauls didn't mass their calvary and were defeated 5 - 4. In the second game, the Gauls did that , but failed to crack the Romans center. A medium calvary unit managed to capture a camp hex with the leader however, and held off the Romans winning by a score of 5 - 2.
Read More...