Historical Background
The Battle of the Arar was fought between the migrating tribes of the Helvetii, and three Roman legions, under the command of Gaius Julius Caesar, in 58 BC. This was the first major battle of the Gallic Wars.
The Helvetii were a tribe that originated from what is now modern day Switzerland, who, prior to battle with Caesar, had been migrating through Roman Gaul.
The Helvetii tribe were crossing the river Arar (Saône) using rafts and boats. Caesar was informed by his scouts and proceeded to engage the Helvetii. Three parts of the Helvetii forces had crossed the river and Caesar routed the fourth part left on his side of the river, killing a great many and driving the rest into the woods.
The Helvetii Caesar killed were part of the clan of the Tigurini which in 107 BC had slain Lucius Cassius Longinus Consul at the time of his death. As well as Lucius Calpurnius Piso who was the grandfather of another Lucius Calpurnius Piso, the father-in-law of Caesar.
Retrieved from "http://en.wikipedia.org/wiki/Battle_of_the_Arar"
The stage is set. The battle lines are drawn and you are in command. The rest is history. 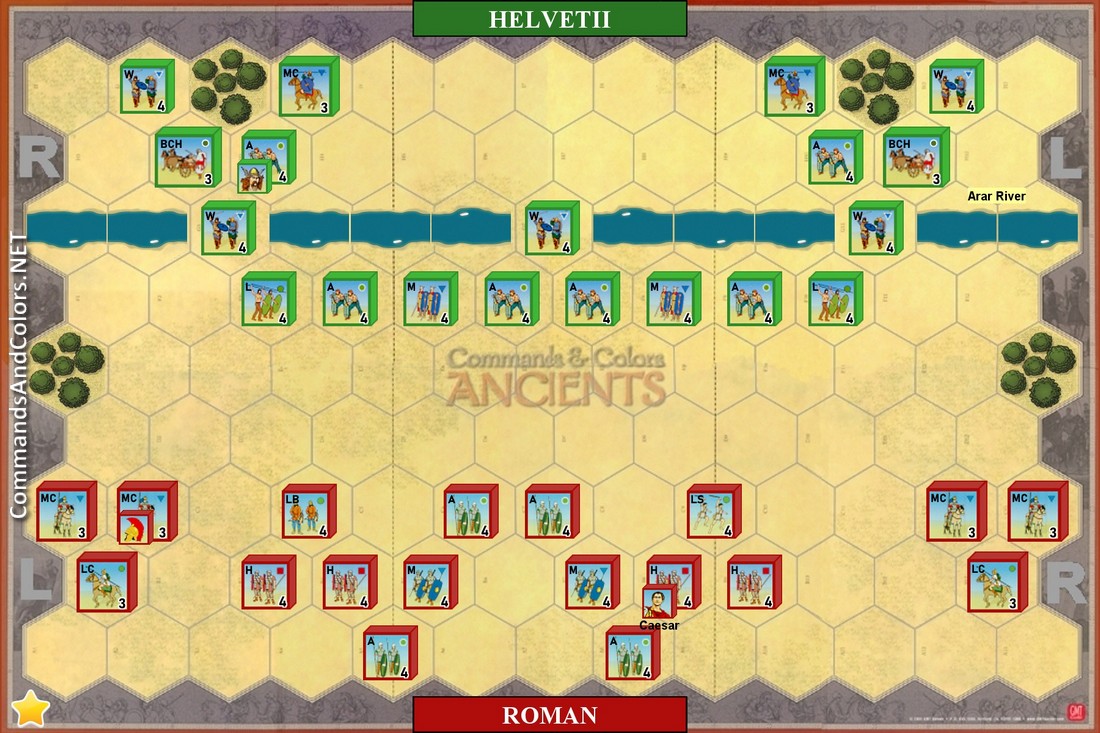 Mark-McG replied the topic: #2346 5 years 2 weeks ago
Helvetii Army can gain a maximum of 2 VP exiting 2 units off the map. - presumably off the Roman edge, and 1 VP per unit.
Read More...