Historical Background
After being repulsed at Cyzicus and with his remaining troops starving. Mithridates VI withdrew with his   to Parius. Sending his remaining infantry under the command of Alexander the Paphlagonian to Lampsacus so they could embark at the port.
However the Romans once again got between the Pontic forces and their objectives as they attempted to cross the river Aesepus (Appian Plutarch puts the river further west at the Granicus).
The Roman army once again attacked and routed the Pontic infantry. The remnants of the Pontic force took refuge in Lampsacus where they were besieged Mithridates sent ships to withdraw them. Leaving 10,000 picked men and fifty ships under Marcus Varius (the general sent to him by Sertorius) Mithridates withdrew to Nicomedia.
Another disaster was to affect his withdrawal as a storm wrecked both division of his fleet.
The stage is set. The battle lines are drawn and you are in command. The rest is history. 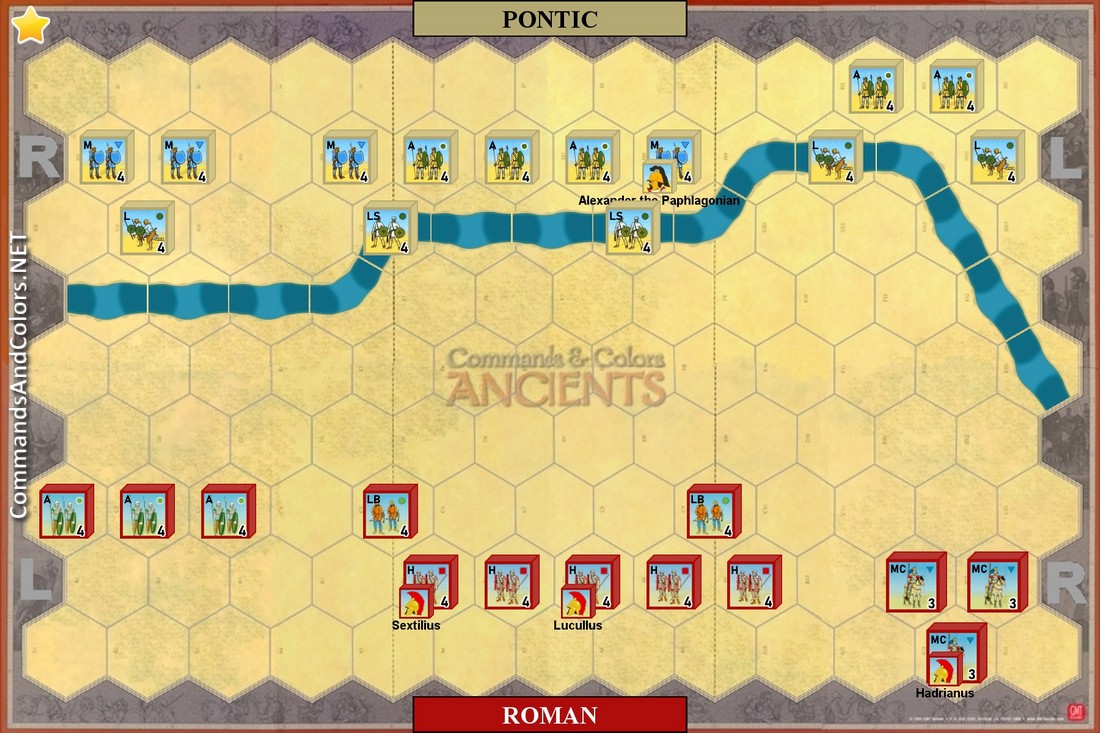 Special Rules
The River is fordable but swollen check for losses similar to a marsh hex.
Marian legion rule is in effect for the Roman army.