Historical Background
The battle of the Rhyndacis of 73 B.C. was the first of a series of disasters that befell the army of Mithridates VI of Pontus when it attempted to retreat from the siege of Cyzicus.
Mithridates sent is cavalry force (along with wounded infantry) towards Bithynia (while the bulk of his army would withdraw by sea) as they where of little use in siege warfare and weakened due to lack of supplies.
Lucullus gave chase with ten cohorts of infantry and his cavalry (Plutarch), and overtook Mithridates's troops. While they were crossing the River Rhyndacus Lucullus attacked the force.
According to Appian and Plutarch the Romans captured 15,000 men and 6,000 horses in the fighting.
The stage is set. The battle lines are drawn and you are in command. The rest is history. 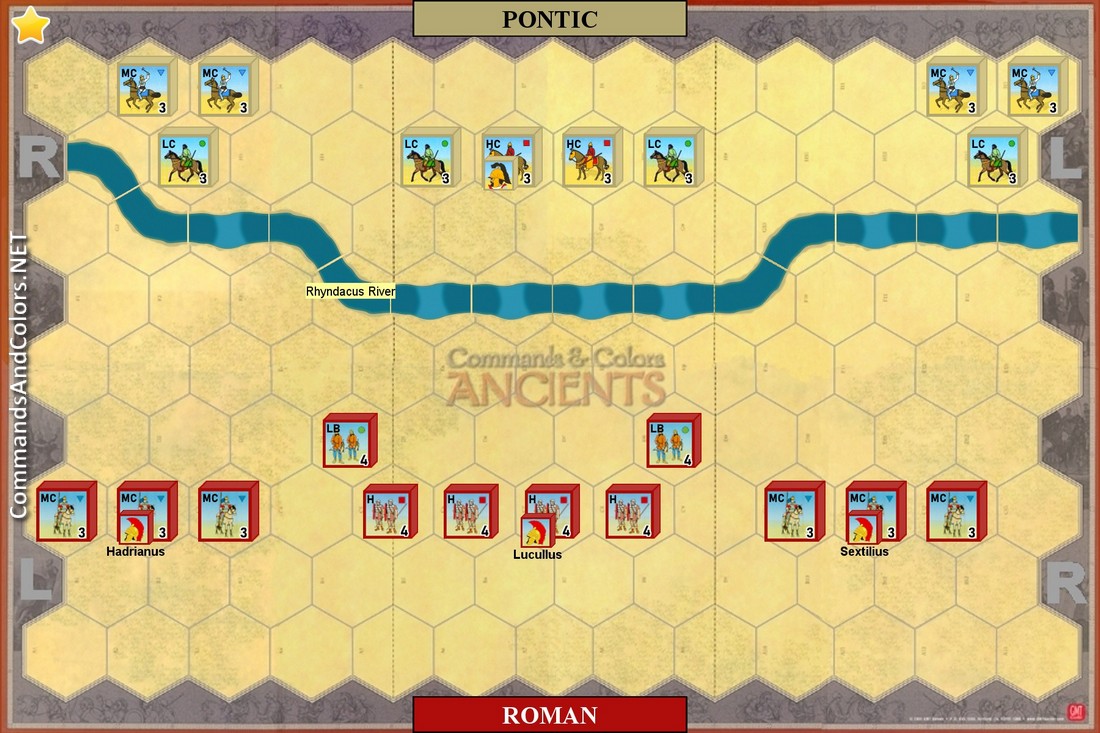 Special Rules
The River is fordable at the straight parts only the bends are impassable.
Marian legion rule is in effect for the Roman army.