Historical Background
The Battle of the Lycus was fought in 66 BC between the Roman Republic army of Pompey and the forces of Mithridates VI of Pontus. The Romans easily won the battle with few losses. Mithridates later committed suicide, finally ending the Third Mithridatic War.
Retrieved from "http://en.wikipedia.org/wiki/Battle_of_the_Lycus"
The stage is set. The battle lines are drawn and you are in command. The rest is history. 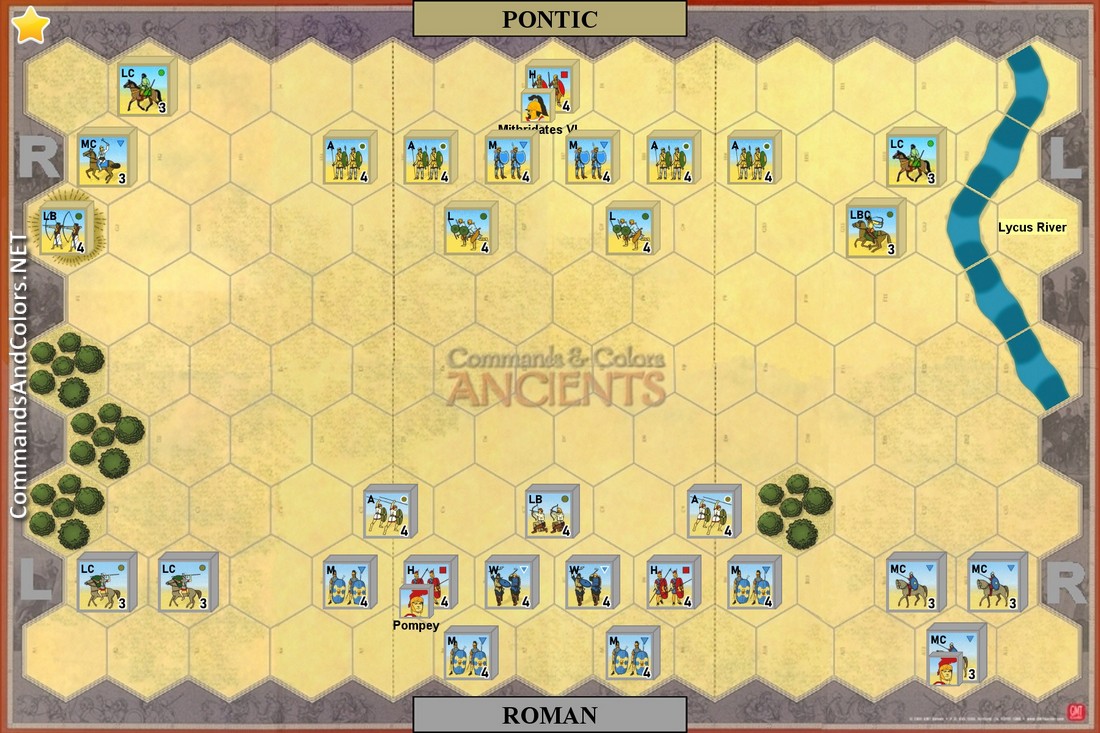 alecrespi replied the topic: #2514 4 years 5 months ago
Hi Mark,
I can see your gaming point, but I've tried to keep it more "realistic".
I've found these sources and I think it could be easily played two times in a row with swapped sides (counting banners)!

Mark-McG replied the topic: #2506 4 years 5 months ago
Feels like these should be Marian Legions, but the Romans have plenty of advantages already.
I'd suggest a 2 banner head start for the Pontics to balance this one.
Read More...