Historical Background
The Battle of Artaxata was fought in 68 BC between the Roman Republic and the Kingdom of Armenia. The Romans were led by Consul Lucius Licinius Lucullus, while the Armenians were led by King Tigranes II, who was sheltering King Mithridates VI of Pontus. Though the Romans were again victorious, the long years the army had spent campaigning, the fact that Mithradates continued to elude them and a perceived lack of booty amongst the Roman Legionaries led to a mutiny amongst the army. They refused to march any further but agreed to defend key positions from attack. Lucullus was then replaced by the Roman Senate as commander of the army by Pompey the Great.
Retrieved from "http://en.wikipedia.org/wiki/Battle_of_Artaxata"
The stage is set. The battle lines are drawn and you are in command. The rest is history. 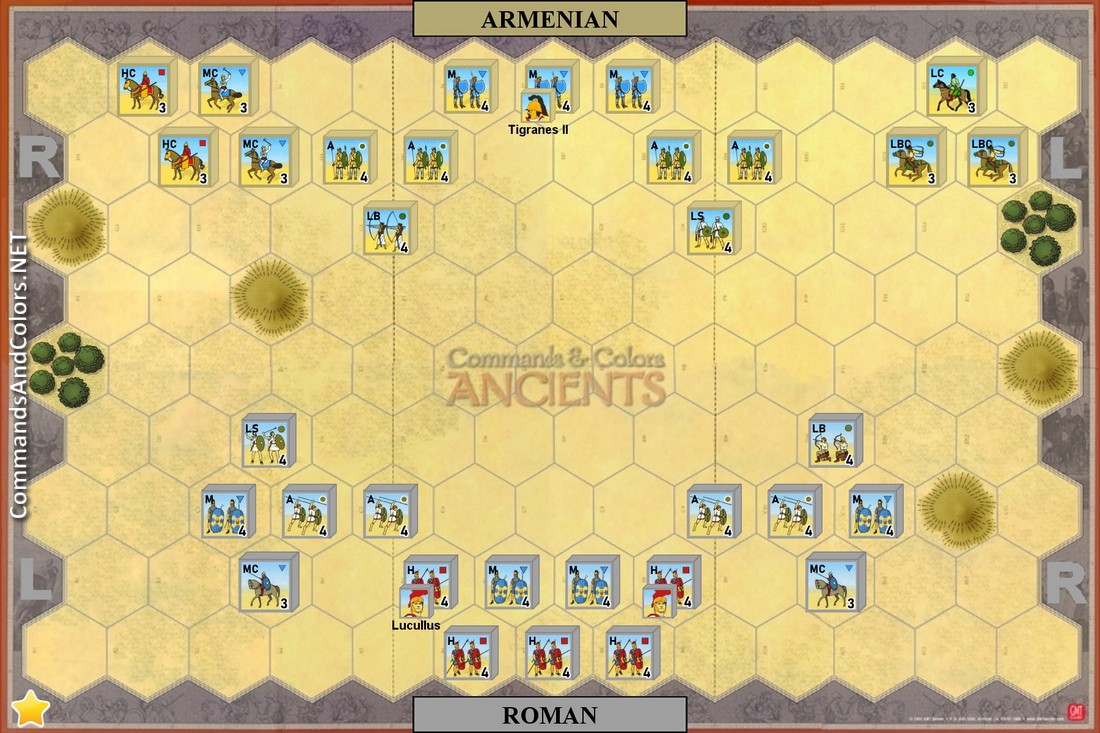 Mark-McG replied the topic: #2543 4 years 4 months ago
Armenians had a narrow win 7-6, a late drawn Mounted Charge brought the game back from catastrophe
Read More...