Historical Background
The Battle of Cabira was fought in 72 BC between the Roman Republic and the Kingdom of Pontus, under Mithradates VI. The Roman army was led by the Consul Lucius Licinius Lucullus.
The Kingdom of Bithynia had been bequethed to the Roman republic on the death of King Nicomedes in 74 BC. Mithradates, who had long presumed the kingdom for himself, invaded Bithynia in 73 BC, putting the small Roman force there under pressure and isolating them from assistance. Lucullus was in the southern region of Cilicia and immediately set forth to confront the Pontic army. Lucullus attacked the supply lines of the Pontic forces who were sieging Cyzicus and sent a small naval fleet into the black sea, where it won a battle against Mithradates' navy. Mithradates was forced by these actions to withdraw, upon which moment Lucullus attacked the retreating and demoralized Pontic army near Cabira and routed them with few Roman losses.
The battle was a key point in the war against Mithradates and forced him to retreat to his ally, Tigranes of Armenia.Tigranes then refused the Romans demands for him to turn over Mithradates, stating he would prepare for war against the Republic.
Retrieved from "http://en.wikipedia.org/wiki/Battle_of_Cabira"
The stage is set. The battle lines are drawn and you are in command. The rest is history. 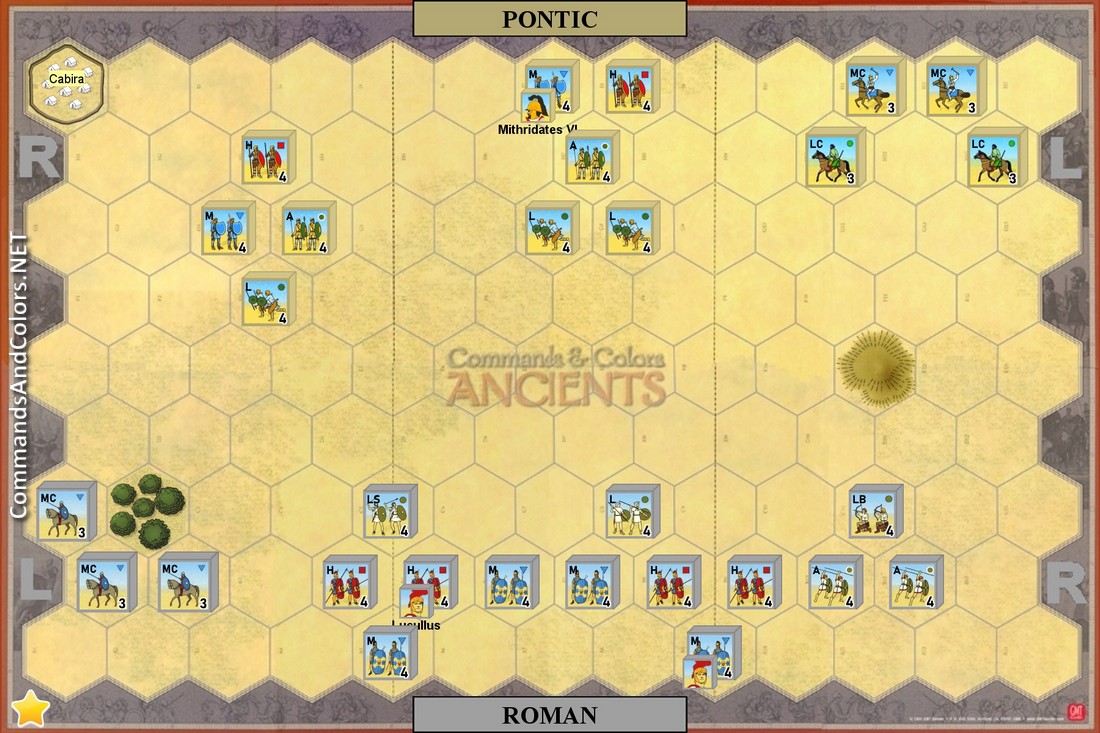 Mark-McG replied the topic: #2545 4 years 6 months ago
Romans marched through the Pontics 5-0 with a series of Line Commands.
Read More...