Historical Background
The Battle of Cyzicus was fought in 74 BC between Roman Republic forces and the armies of Mithridates VI of Pontus near Cyzicus, Asia Minor. Mithridates had besieged the Roman controlled town of Cyzicus. Consul Lucius Licinius Lucullus arrived with a Roman army and lifted the siege.
Retrieved from "http://en.wikipedia.org/wiki/Battle_of_Cyzicus_(74_BC)"
The stage is set. The battle lines are drawn and you are in command. The rest is history. 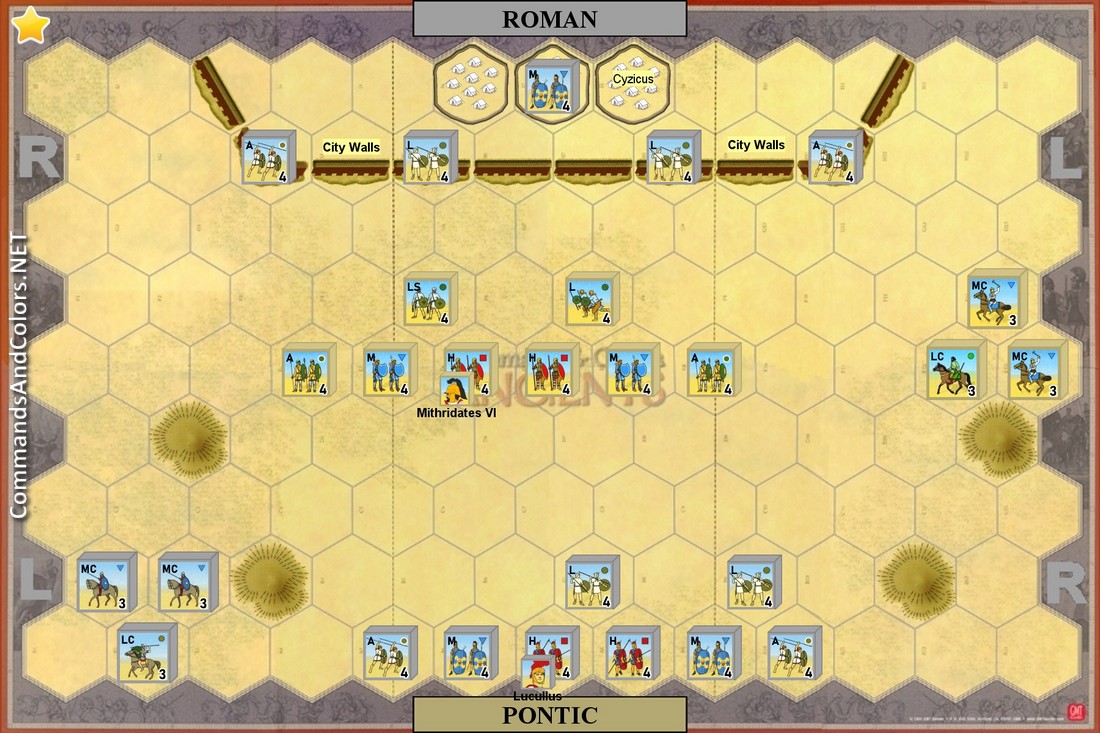