Historical Background
The Battle of Mount Tifata was fought in 83 BC as part of the First Roman Civil War. The Aristrocratic forces were led by Lucius Cornelius Sulla, while the Populars were led by Gaius Norbanus. Sulla was victorious.
Retrieved from "http://en.wikipedia.org/wiki/Battle_of_Mount_Tifata"
The stage is set. The battle lines are drawn and you are in command. The rest is history. 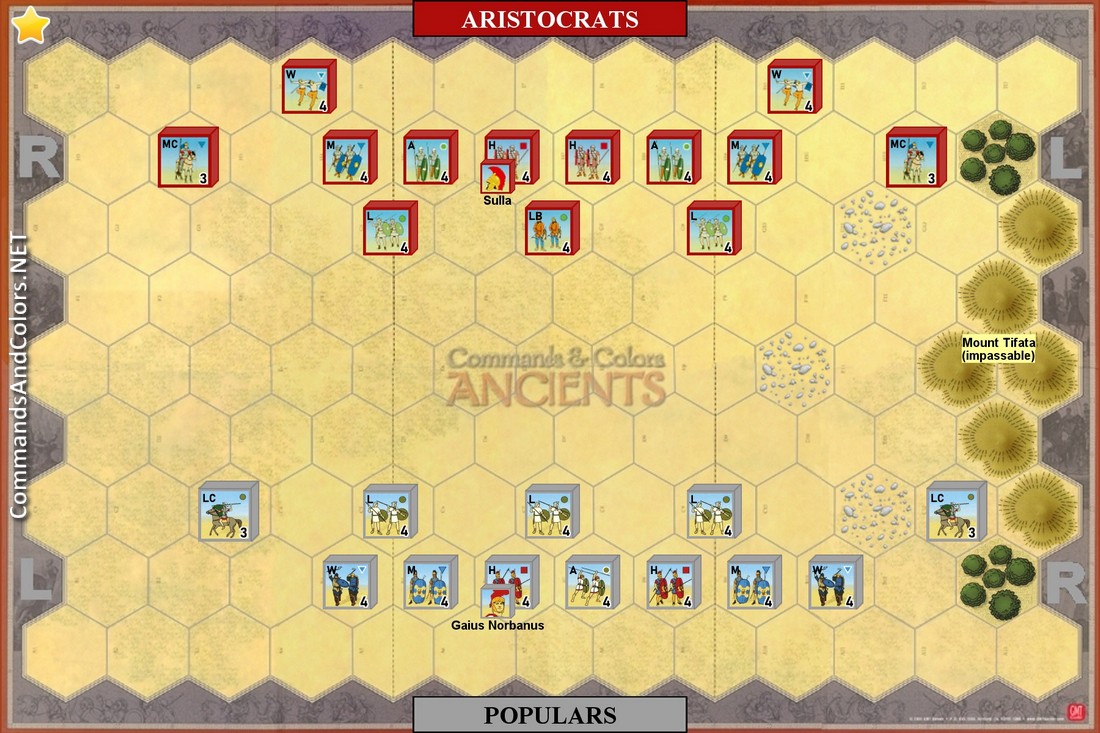 Mark-McG replied the topic: #1868 5 years 4 months ago
Mount Tifata is all the Hill hexes I presume, not just the two marked
Read More...