Historical Background
After his defeat at Chaeronea Archelaus took refuge in Chalcis. The Romans due to Pontic command of the sea’s where unable to cross the Euripus channel. After being reinforced by Dortlaus the Pontic army crossed back to Greece.
Sulla on hearing of the crossing turned south abandoning his campaign against Flaccus who had landed his main body following Chaeronea.
After a brief skirmish at Tilphossium the Pontic army went onto the defensive setting up camp at Orchomenus. Stretching out from this natural defensive position was the plain of Orchomenus a flat treeless expanse ideal for the Pontic cavalry.
Sulla took up position in the plain and started construction of trenches to protect his flanks from cavalry attack. Archelaus was forced to attack or abandon Orchomenus. This attack was pushing back the Roman left until Sulla leapt of his Horse grabbed a standard and advanced against the enemy shouting “If any asks you where you left your chief in the lurch you can tell them it was at Orchomenus”. The Roman wings held of the Pontic cavalry and the centre through the chariots back into their own lines causing a general retreat to camp which was stormed the next day many of those who escaped the Roman sword died crossing the fens.
The stage is set. The battle lines are drawn and you are in command. The rest is history. 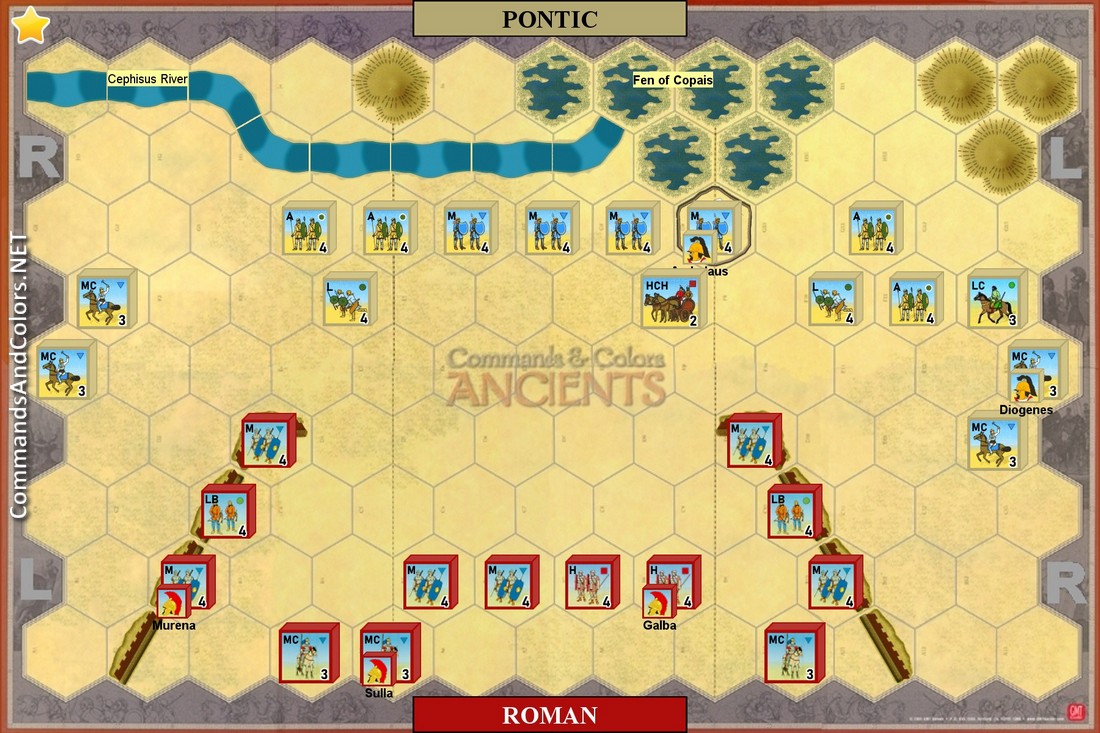 Marian legion rules are in affect for the roman army.