Historical Background
The Battle of the River Amnias was a battle fought in 88 BC between Pontus and Bithynia during the First Mithridatic War. The forces of Pontus were led by Archelaus and Neoptolemus, while the Bithynians were led by Nicomedes IV. Pontus was victorious.
Retrieved from "http://en.wikipedia.org/wiki/Battle_of_the_River_Amnias"
The stage is set. The battle lines are drawn and you are in command. The rest is history. 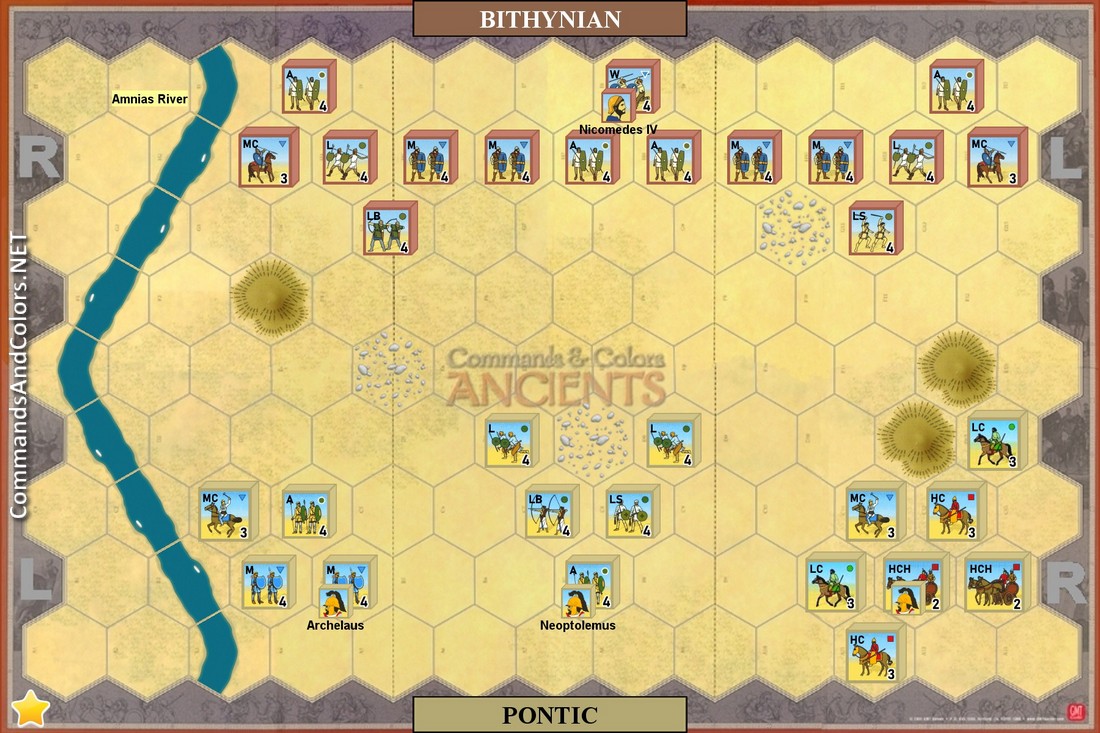