Historical Background
The battle of Edessa was another round in the on-going Roman- Persian Wars. In 258, Shapur I, King of Sassanid Persia invaded Roman territory, overrunning Armenia and continuing into Syria. In order to stop his repeated plundering, In 259, Emperor Valerian led a Roman army (including the Praetorian Guard) into Syria. After some initial success in restoring the lost provinces, he met the main Persian army near Edessa, in Mesopotamia, commanded by King Shapur I.
The Roman army was strong in legionary infantry, while the Persian force had superior cavalry. However, the Persian army also fielded a number of war elephants. Shapur initiated the battle with a charge by his lumbering pachyderms into the center of the Roman line. Confusion and panic followed, for the Roman’s techniques to counter these beasts had been long forgotten. A massive Persian cavalry charge then forced the Romans to withdraw. Valerian and most of the army were surrounded and ultimately captured. The way was now clear for Shapur and his Persian host to sweep back through Syria and into Asia Minor.
The stage is set. The battle lines are drawn and you are in command. Can you change history? 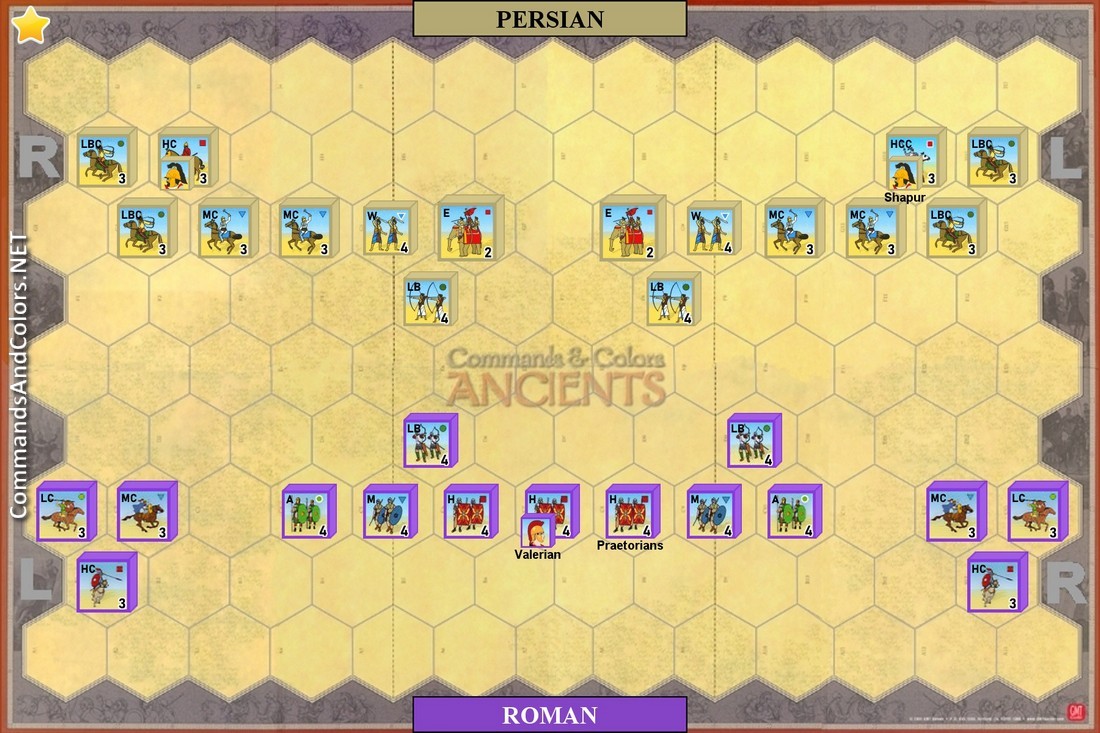 "Fright at First Sight": Any Roman unit in close combat with an elephant unit may not ignore ANY flags rolled by the elephant unit, even if the unit has an attached leader or is  supported by two adjacent friendly units (or is the Praetorian Guard).