Historical Background
Around 220 AD Ardashir I, a Persian vassal, considered the state of the Parthian Empire. Ardashir knew about dissensions in the Parthian royal house and reasoned that the losses which Artabanus had sustained in his battles with the Romans and against his brother Vologases had weakened Parthian military power. He decided the time was right to declare the independence of Persia. Artabanus did not take any immediate steps to respond, which allowed Ardashir’s rebellion to spread. Then Artabanus sent a provincial governor of Khuzestan to deal with the Persians, but Ardahsir defeated this expedition. Finally, Artabanus himself led the remnants of the royal Parthian army into Persia. This invasion resulted in three battles. The final and decisive battle took place in the plain of Hormuz, between the Rivers Bebahan and Shuster. The Parthian cavalry army faced a balanced Persian army of cavalry and infantry. Artabanus was slain in the battle and his army completely defeated. With Artabanus’ death, the Parthian Arsacid dynasty ended after ruling for 473 years. Ardashir’s victory established a new Persian dynasty, the Sassanids, who would rule for another four centuries.
The stage is set. The battle lines are drawn and you are in command. Can you change history? 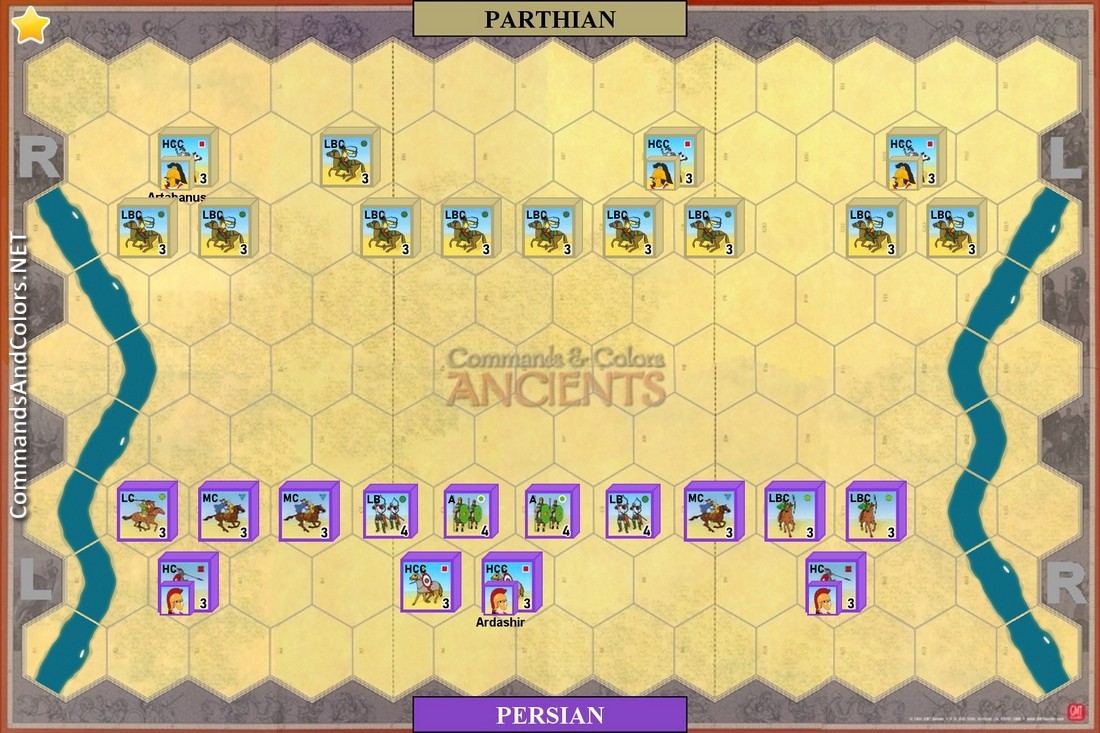 Special Rules
The rivers are impassable.

g1ul10 replied the topic: #3104 2 years 11 months ago
I put together a Medieval version of this scenario. See the annouce here:

www.boardgamegeek.com/article/32532311#32532311
GF1954 replied the topic: #2802 3 years 6 months ago
2 games solitaire with the Parthians winning both games 6 -1, and 6 -5. In the 1st, the Persian infantry were statues. The 2nd though, was a very close affair with the Parthian having several bow calvary units down to one block but the Persians unable to reach them. The Parthian cataphract calvary did much of the damage.
Read More...