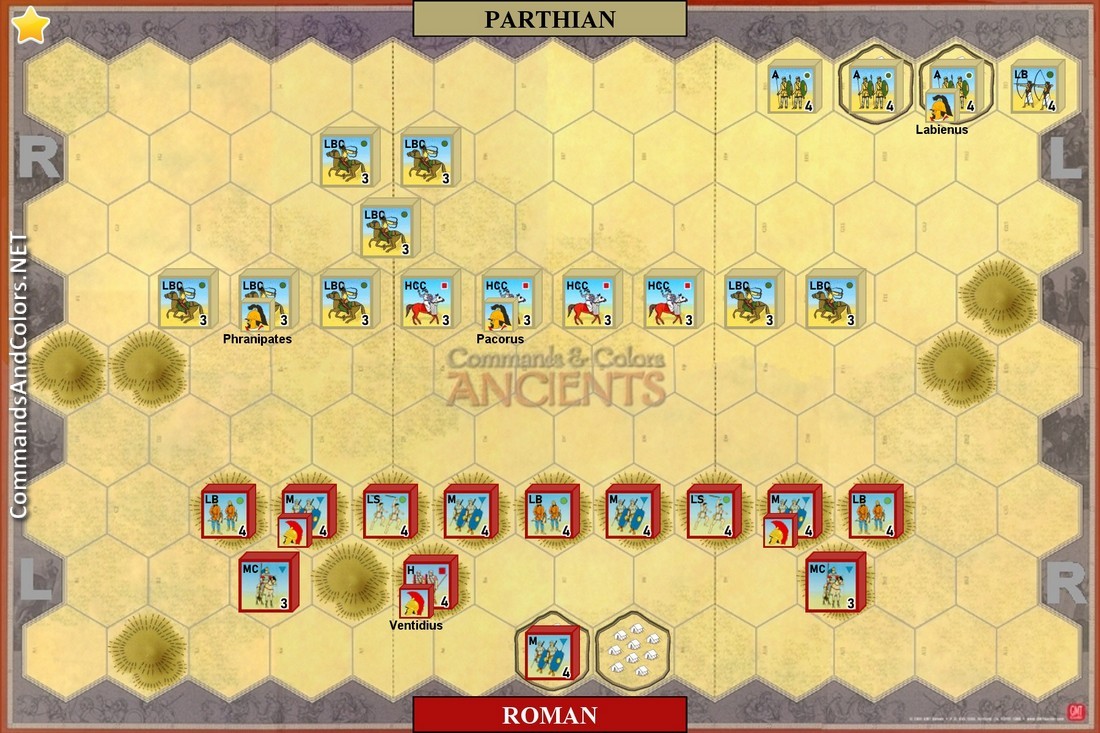 g1ul10 replied the topic: #1855 5 years 4 months ago
WIth the Romans I decided a sortie on my left right flank to attack the advanced Auxilia without leader. I knew it was dangerous and in fact the following Parthian Mounted Charge proved decisive. I lost 6 to 1.

Mark-McG replied the topic: #1767 5 years 6 months ago
Played today and this went to the Romans 6-5 with the Parthian LBC sitting in the Roman camp.
Romans snatched the win just in time.
Despite the 5-0 Roman record, I think this quite a closely matched scenario.
Read More...