Historical Background
After the Roman defeat at Carrhae in 53BC the Parthians launched some small raids into the Roman province of Syria during the campaigning season of 52BC.  These raids where easily repulsed by Cassius who was governor of Syria.
In 51BC the Parthian King ordered a full scale attack on Syria with the region depleted of Roman garrisons the Roman defence plans relied on keeping hold of the fortified towns and allowing the invaders to devastate the surrounding country.
The Parthians split their forces and besieged Antioch where the Roman main forces (the depleted remains of Crassus legions) under the command of Cassius was stationed. Most of the cavalry bypassed this position and raided the neighbouring Roman province and were routed in a cavalry battle. When news of this reached Antioch, Cassius sallied and the Parthians withdrew. The Roman cavalry under Octavius (a lieutenant of Crassus at Carrhae) harassed the rear guard.
The Parthians then moved towards Antigonea, a town with many forested areas surrounding it. They tried to cut down the trees and approach the town but where unable to carry this out due to the presence of the Roman army.
Cassius prepared an ambush near a river on the path he expected the Parthians to withdraw by using his cavalry as the bait with orders to withdraw when attacked, leading the enemy onto the ambush site.
The Roman victory ended the first Parthian war as general Osaces was killed and the crown prince was recalled.
The stage is set. The battle lines are drawn and you are in command. The rest is history. 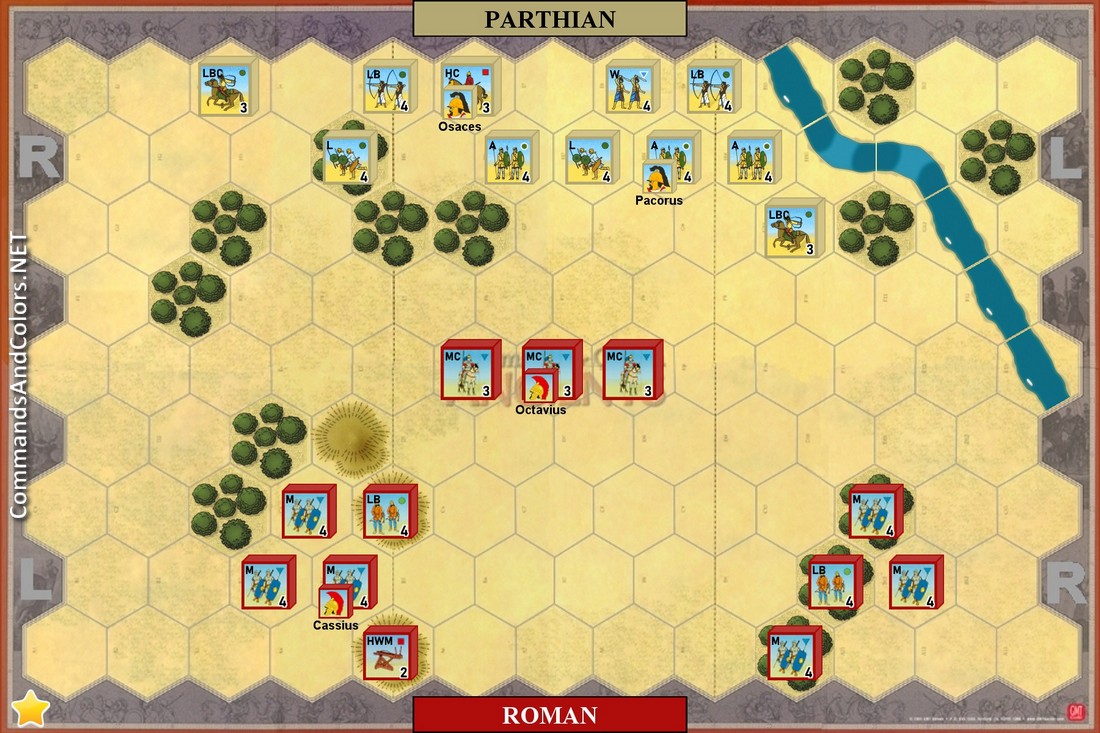 Special Rules
The Marian legions rule is in effect for the Roman Army.

The River is fordable at the bends only.