Historical Background
The Battle of Suthul was an episode of the Jugurthine War. The battle was fought in 110 BC between the Roman force led by the praetor Aulus Postumus Albinus and the army of Numidia, led by King Jugurtha. In 110 BC, the consul Spurius Postumus Albinus invaded Numidia, but left soon after to prepare elections in Rome. His brother Aulus Postumus Albinus got the leadership of the Roman army, but was easily tricked by Jugurtha, who trapped the Romans near the town of Suthul.
Retrieved from "http://en.wikipedia.org/wiki/Battle_of_Suthul"
The stage is set. The battle lines are drawn and you are in command. The rest is history. 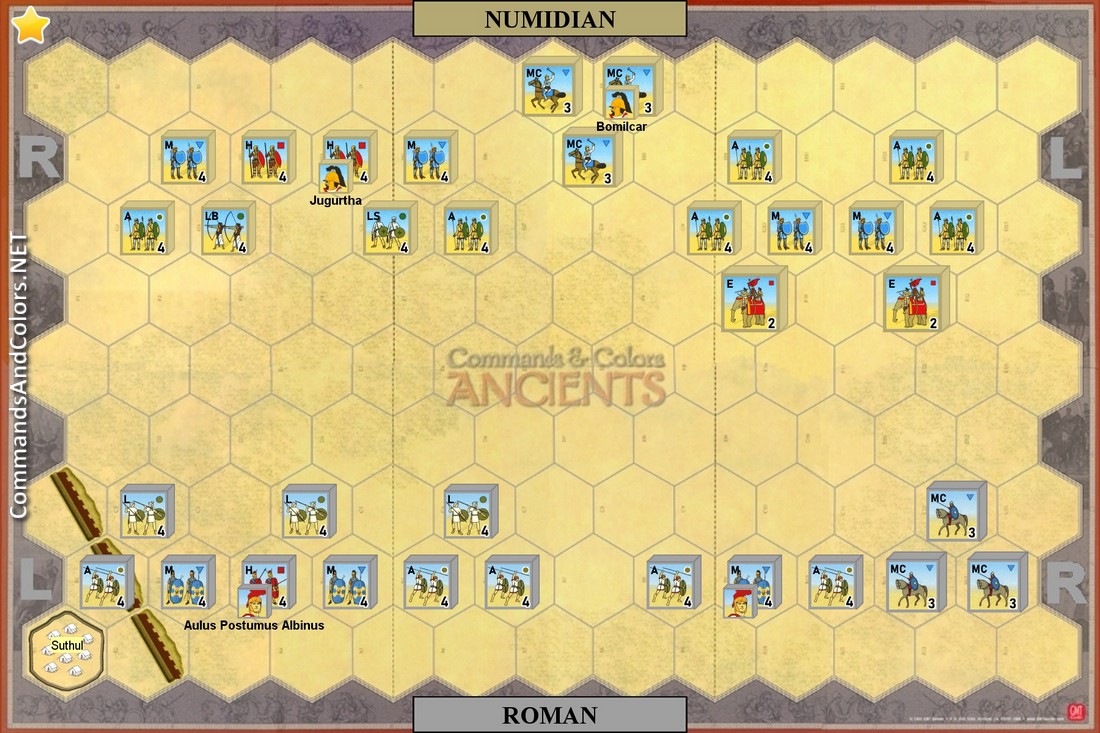 Mark-McG replied the topic: #2315 3 years 4 weeks ago
Played twice, very similar result (6-1 Numidian victory), and similar course of battle with all the action on the Roman Right

As a suggestion to balance, bring foremost Roman cavalry (hex C12) back to baseline (hex A12) to remove it from it's exposed position to the Elephants
Read More...