Historical Background
The king of Illyria, Gentius, is defeated at Scodra by a Roman force under Lucius Anicius Gallus and then brought to Rome as a captive to be interned in Iguvium. This loss removes Illyria as an important ally for Macedonia and effectively weakens Perseus of Macedon in his battle with Rome.
The stage is set. The battle lines are drawn and you are in command. The rest is history. 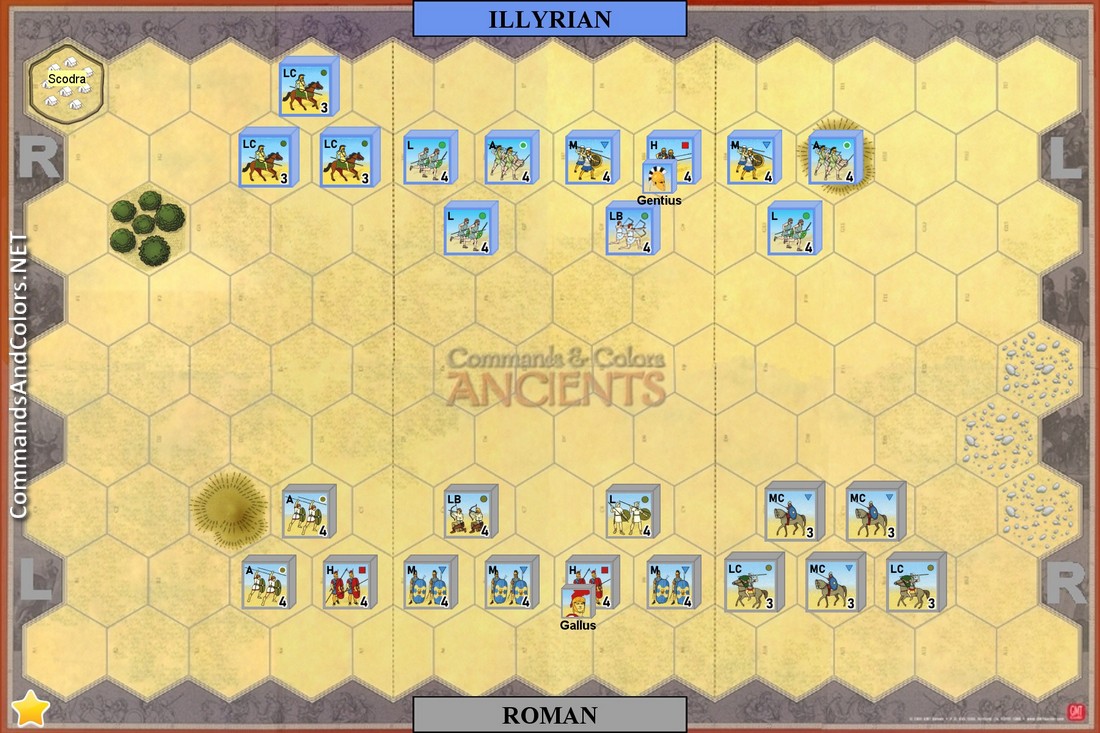