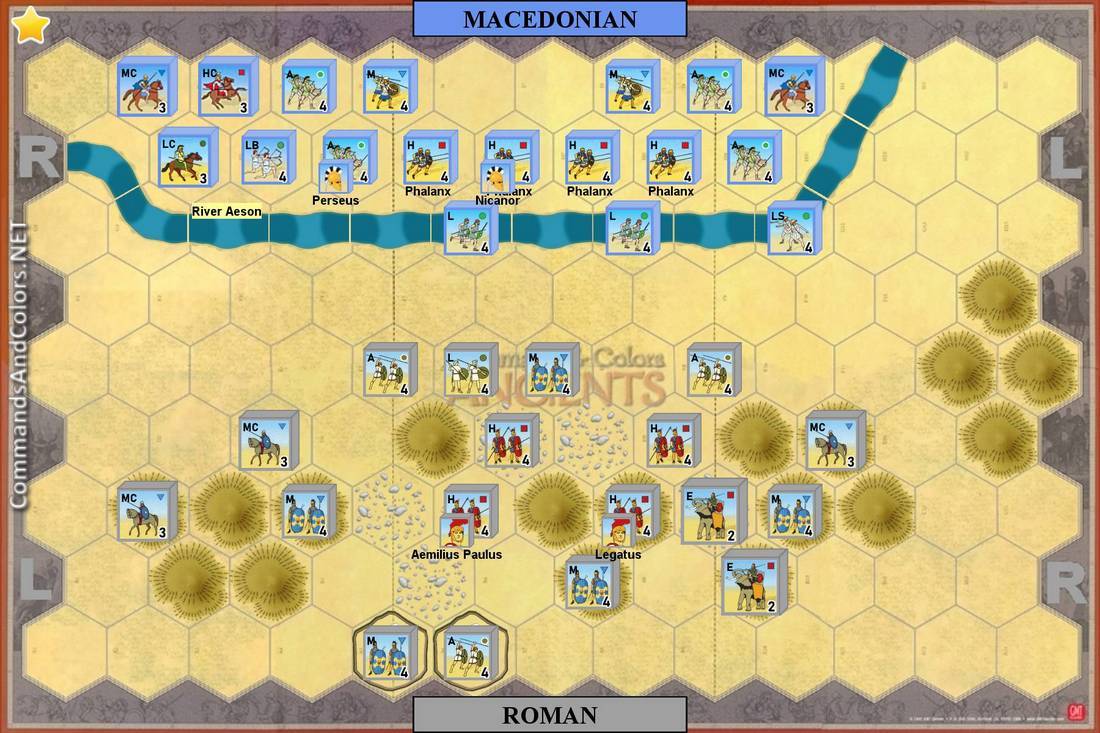 The Macedonian Player moves twice at the start of the game before the Roman Player takes his first move. The Players than take alternate turns as normal for the remainder of the game.

Victory:
8 Banners
The First Roman Green symbol light unit eliminated by the Macedonian Player scores no banner however (morale effect of the lunar eclipse). Also see 5) below for rules on the two fortified Roman Camp hexes and related banner scoring