Written by alecrespi. Posted in Second Macedonian War (200-196 BC)

Historical Background
The Battle of the Aous was fought in 198 BC between Rome and Macedon, at or near modern Tepelenë in Albania. The Roman force was led by Titus Quinctius Flamininus and the Macedonians were led by Philip V. Flamininus won the battle, and the two commanders would meet again at Cynoscephalae the next year.
Retrieved from "http://en.wikipedia.org/wiki/Battle_of_the_Aous"
The stage is set. The battle lines are drawn and you are in command. The rest is history. 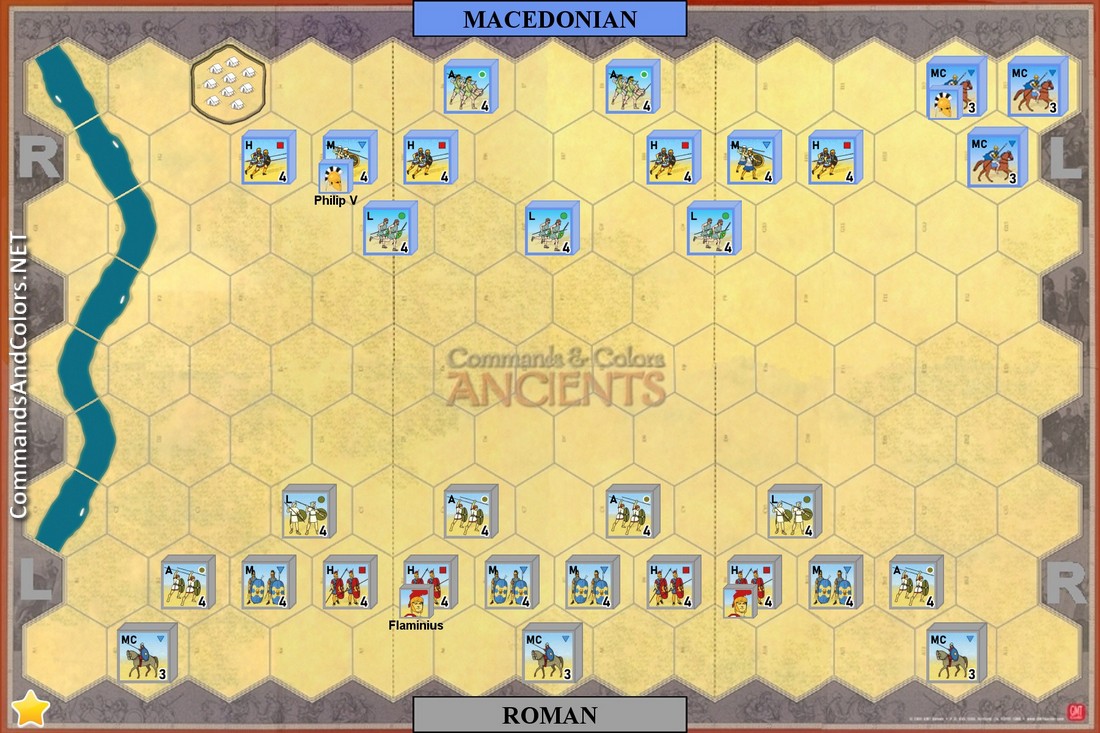