Historical Background
Rome and Aetolia formed an alliance to help stop Phillip V and his Macedonians. He had allied with Carthage and had struck into Illyria. The Romans stopped this foray, but in 208 BC the Achaens called upon him for help. Phillip raised another army and marched across Thessaly. Chief Magistrate Pyrrhias was sent from the Aetolian League with an army to stop him. Phillip and his Macedonians were victorious in a two day battle which led to a truce, allowing Phillip to slip into Achaea. This move led to the battle at Elis later that year...
The stage is set. The battle lines are drawn and you are in command. The rest is history. 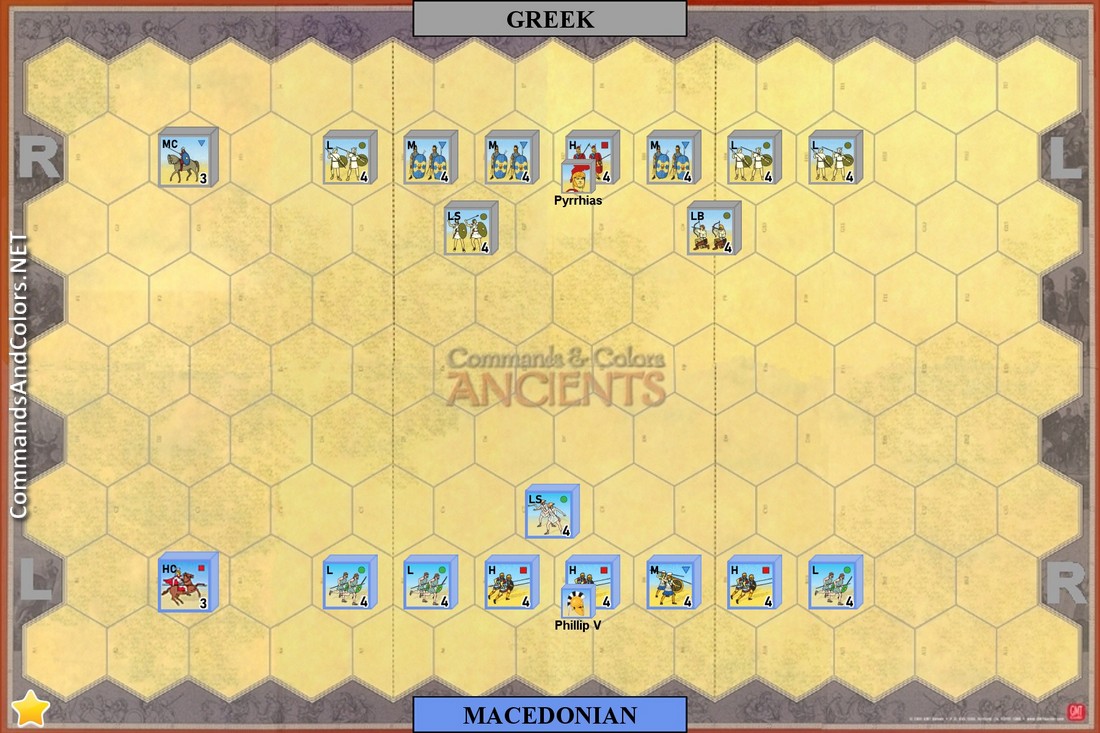