Historical Background
To support the Aetolian League, Sulpicius Galba and about 4000 men landed on the Elean coast. The Achaean and Macedonian invaders under Phillip V were unaware of the Roman presence when they attacked Elis. The sight of the Roman standards came as quite a shock. The fighting commenced before Phillip could withdraw his troops. Phillip personally led a cavalry charge against the Roman legion. He was thrown from his horse and a fierce battle waged about him. Phillip V survived, but his army was defeated and Rome had what it wanted. No more medling by the Greeks while they were fighting Carthage.
The stage is set. The battle lines are drawn and you are in command. The rest is history. 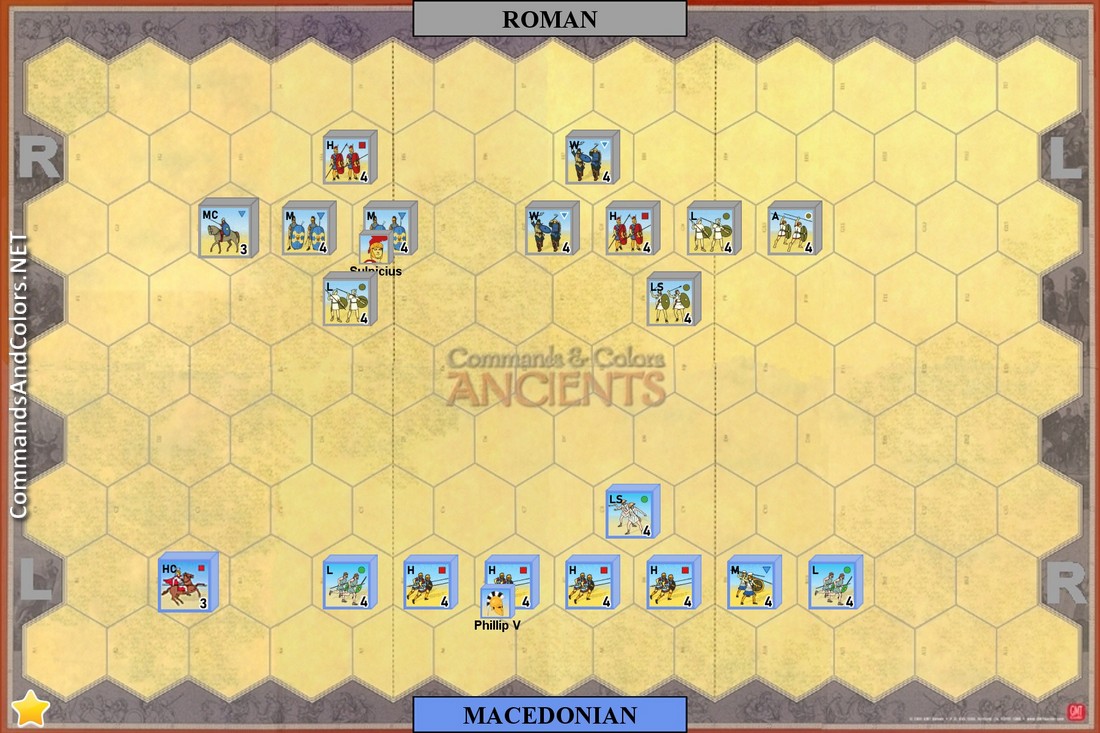