Historical Background
In early 209 BC, Rome sought to regain control over the cities in Apulia that had joined Carthage. It was up to proconsul Marcus Claudius Marcellus to keep Hannibal pinned down. Marcellus had fought a series of skirmishes with the Carthaginian general before, and he was eager to meet him in open battle. He marched his army straight to Hannibal's encampment near the city of Canusium. Having lost a large part of his Numidian cavalry, the open plains were no longer favorable to Hannibal. The Carthaginians withdrew, and Marcellus pursued and forced a battle. The fighting stopped when night fell, with neither side able to claim victory.
The follwing day Hannibal decided to stand his ground and the two armies met on a featureless open plain. Hannibal's troops beat the Romans back, and Marcellus decided to relieve the pressured allied forces on his flank with veterans held in reserve. But the allied troops broke, collided with the advancing legion, and the Roman army was thrown into disorder. Many were killed as the Romans fled back to their camp. Marcellus held a bitter speech, furious at his troops.
The next day the Romans were ready to fight again. This time, Marcellus placed his allied troops on the left, his veterans on the right, while he himself took command of the Roman legionaries in the center. The Carthaginian troops were unable to repeat the successes of the previous day, so Hannibal sent in his war elephants to break the Roman lines. At first this was succesful, scattering the opposing forces. But a counterstrike by Roman javelineers made the elephants panic and trample through their own lines. The Romans followed up with a vicious cavalry charge and infantry assault, and the Carthaginians were beaten. However, Marcellus had lost 5700 of his 20,000 men, and many more lay wounded. When Hannibal marched south, Marcellus couldn't pursue. He had won the battle, but he had failed to pin Hannibal down.
The stage is set. The battle lines are drawn and you are in command. Can you change history? 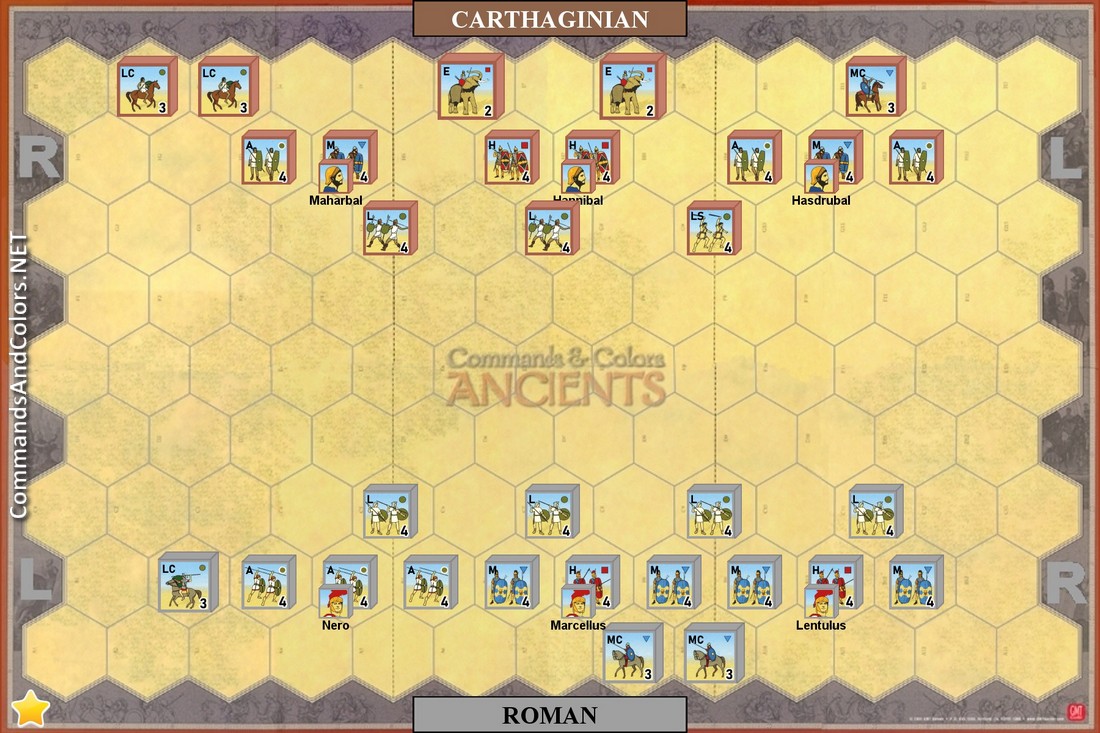