Historical Background
Even as one Roman army under Flaminius was being butchered by Hannibal’s troops at Lake Trasimenus in 217 BC, his colleague Gnaeus Servilius Geminus was racing to reinforce his fellow consul. Servilius Geminus hoped to trap Hannibal between the two Roman armies. And since speed was of the essence, he sent the propraetor Gaius Centenius ahead with all his mounted forces. This body numbered 4,000 horsemen - 600 Romans, 1,800 Italians and 1,600 allied Cenomani Gauls. Hannibal’s scouts spotted the approaching column, and he dispatched his marshal Maharbal with about 4,000 light infantry and 3,000 cavalry to intercept the Roman troopers. Somewhere in Umbria, Maharbal chose an advantageous site for an ambush and posted his light foot troops in concealed positions. Centenius approached with great haste and little caution. The Carthaginians launched a missile barrage, and followed with a sudden cavalry charge. Half the Roman force was slain in the initial onslaught, and the remainder were driven back to a barren hill. Maharbal quickly surrounded the fugitives and forced their surrender. The Carthaginian victory was complete.
Without cavalry, Servilius Geminus’ army was crippled, and the Hannibal's Punic marauders were free to pillage Italy without interference. In Rome, the elder statesman Quintus Fabius Maximus was elected as Dictator, to begin his policy of delay and avoidance of battle - “Fabian Tactics.”
The stage is set. The battle lines are drawn and you are in command. Can you change history? 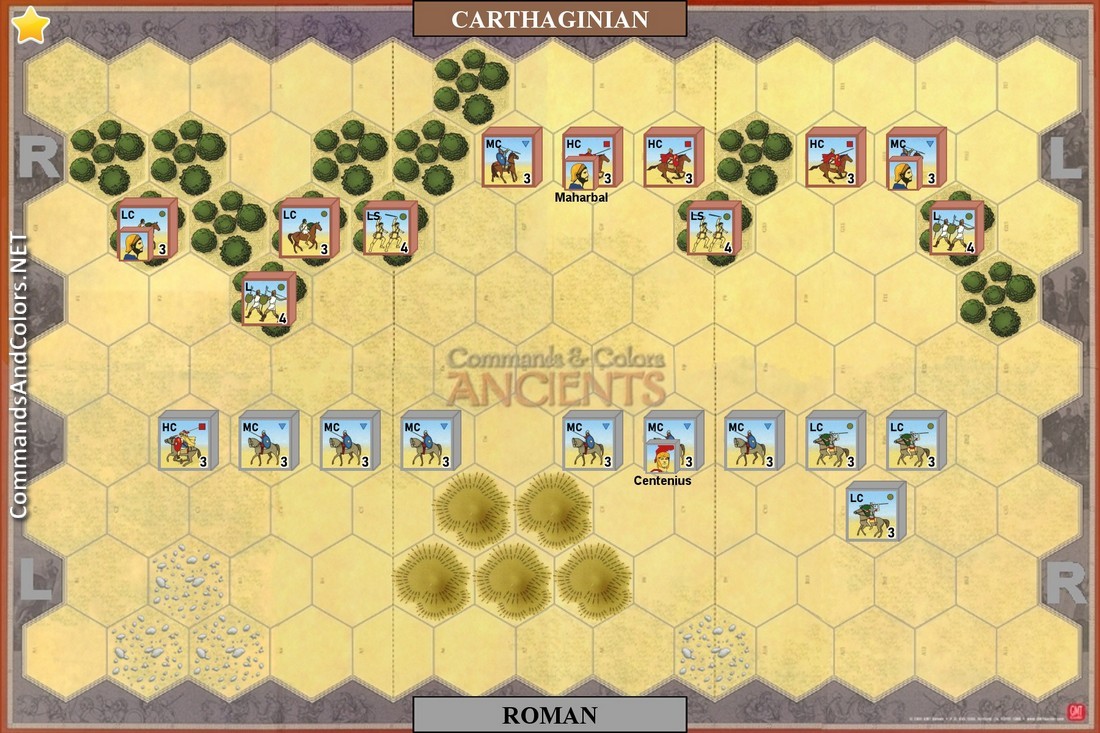 mk20336 replied the topic: #1878 5 years 10 months ago
The Second Punic War scenarios from C3i #21 are slightly similar to all-cavalry scenarios of Romans vs. Persians.
That one demands bravery and bit of luck from Romans - which I got, bravely attacking stormwalker in turn 2 or 3 Maharbal with everything I have (Leadership any section) and ending up in unexpected 5-1 Roman victory.
Read More...