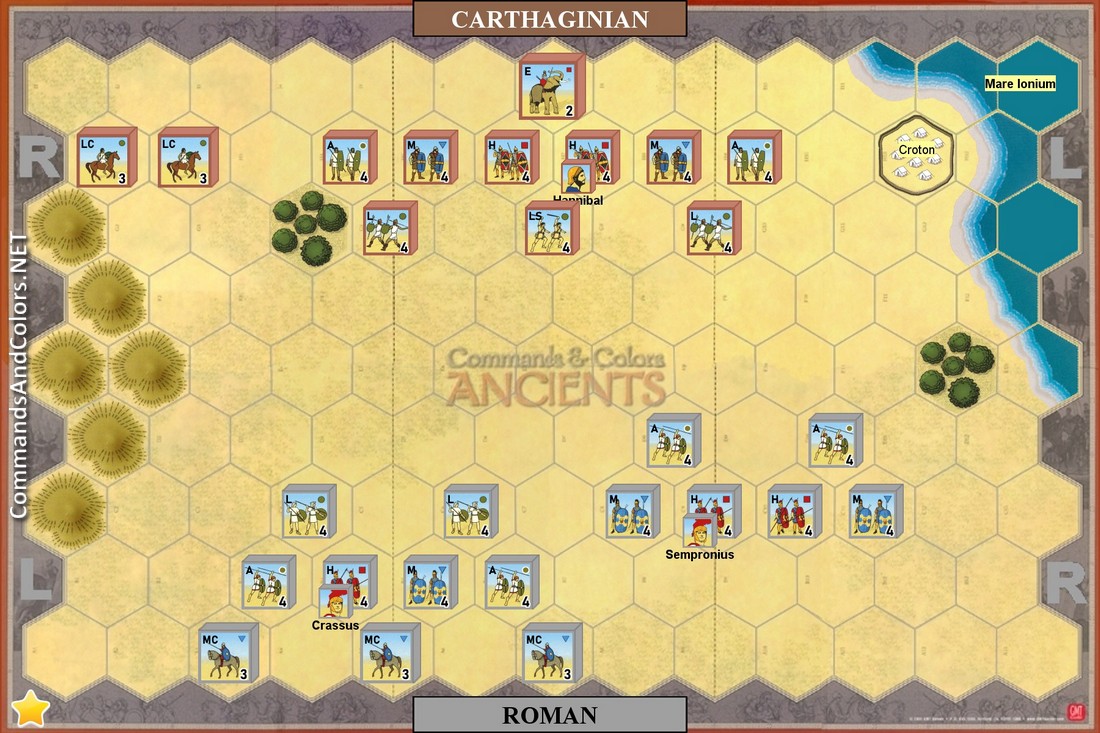 GF1954 replied the topic: #2653 4 years 3 months ago
Carthage defeats the Romans 6-4. It was a slugest in the center with the two lines, until a Carthage heavy infantry broke through on the Roman right flank and took out 2 complete units with rolls!

Mark-McG replied the topic: #1859 5 years 11 months ago
I think Hannibal having 6 Command might bring this back a bit. Play is pretty close here, despite the record. Rome won 6-4 in my game.
Read More...